Derry Girls has been nominated for a major award

It was announced on Thursday morning that Derry Girls has been nominated for a major award. 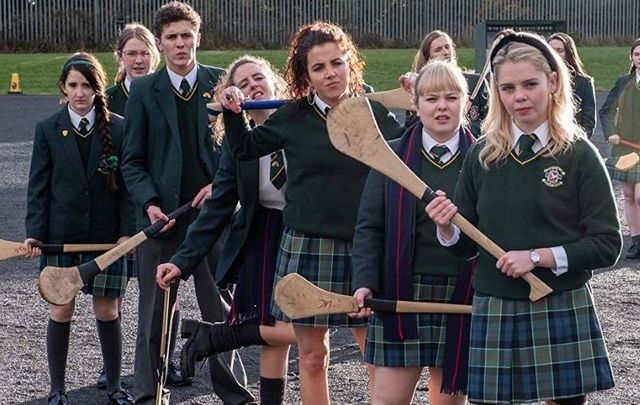 Derry Girls has been nominated for a major award IMDB

Derry Girls has been nominated for a BAFTA award in the Scripted Comedy category.

On Thursday morning,  the nominees were announced for this year’s British Academy of Television Awards ceremony, which will be hosted in London on May 12.

Not surprisingly, the cast and creator of Derry Girls were quite excited with the news on Thursday morning and took to Twitter to share their thoughts:

Aaaaaaaaaaa!!!! We only went and got nominated for a BAFTA didn’t we?!!!! https://t.co/Upt5zyVtdj

I keep carrying on about my day and then remembering about the BAFTAs and having this exact reaction pic.twitter.com/AueRXySMf3

Thanks @BAFTA for the nomination!! Best scripted comedy!! pic.twitter.com/r5WOAQXdnm

And while plenty of fans took to Twitter to share their excitement, The Rubberbandits probably had the most unique take on the nomination:

And congrats to Derry Girls who got an actual shortlisting. They’ll be flying the flag, and I’ll reenact the lyrics of rocky road to Dublin and walk to Liverpool with a stick if they don’t win the Bafta.

Derry Girls, which is currently airing its second season in Northern Ireland and the UK, has been enjoying record-breaking audiences and critical acclaim.

The show follows a group of teenagers navigating high school against the backdrop of The Troubles in Northern Ireland.

Last year, the show came to international Netflix and gained legions of new fans around the world.

No word yet on when season 2 of Derry Girls will be on Netflix, but you can get a sneak peek at the trailer here:

Have you seen Derry Girls yet? Let us know in the comments!