Here are the Irish nominees for the 2021 Golden Globes

Irish television, film, and actors are amongst those nominated for the 2021 Golden Globes. 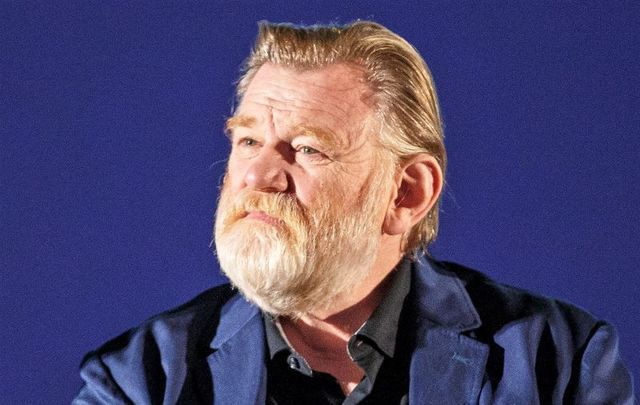 Brendan Gleeson has been nominated for his role in "The Comey Rule." Getty Images

The nominees for the 2021 Golden Globes were announced today, February 3, and the Irish are well represented.

For the first time ever, the Golden Globe nominations were announced virtually, a precursor for the largely virtual event that will be hosted later in February.

Here are the Irish nominations for the 2021 Golden Globe Awards:

Adapted by Sally Rooney, the Irish author of the book of the same name, along with Alice Birch and Mark O'Rowe, Normal People was produced by Element Pictures for BBC Three in partnership with Hulu.

Here is who Normal People is up against in the Best Limited Series or TV Film category:

And here is who Daisy Edgar-Jones is up against in the Best Performance By An Actress In A Limited Series, Anthology Series Or A Motion Picture Made For Television category:

Wolfwalkers is the third animated feature from two-time Academy Award®-nominee Tomm Moore (The Secret of Kells, Song of the Sea) and Ross Stewart and is co-produced by Kilkenny-based Cartoon Saloon and Melusine Productions.

The Apple Original film is directed by Tomm Moore and Ross Stewart and written by Will Collins (Song of the Sea). Paul Young, Nora Twomey, Tomm Moore, and Stéphan Roelants serve as producers.

Speaking about the nomination, co-directors Tomm Moore and Ross Stewart said: “We would like to thank the HFPA for nominating Wolfwalkers for a Golden Globe award - we are delighted that this Irish story is so well received by audience, fans and critics from all over the world and the teams behind Wolfwalkers from Ireland, Luxembourg and France are honoured to be nominated alongside the best animated features of the last year.

"While we would love to be in Hollywood to celebrate the Golden Globe award ceremony, we will likely be in a socially distant safe celebration here in Kilkenny - as Bill Goodfellowe would say, 'It's for our own good.'"

Wildcard will be re-releasing Wolfwalkers in cinemas when they reopen in Ireland and the UK.

Here is who Wolfwalkers is up against in the Best Motion Picture – Animated category:

Irish actor Brendan Gleeson has been nominated in the Best Performance by an Actor in a Television Supporting Role for his portrayal of President Donald Trump in the Showtime limited series "The Comey Rule," which is based on James Comey's #1 New York Times bestselling book, "A Higher Loyalty: Truth, Lies, and Leadership," as well as more than a year’s worth of interviews.

Here is who Brendan Gleeson is up against in the Best Performance By An Actor In A Television Supporting Role category:

Responding to the 2021 Golden Globe nominations, Désirée Finnegan, Chief Executive Fís Éireann/Screen Ireland, said: “Congratulations to the creative teams behind Wolfwalkers and Normal People on their Golden Globe Award nominations today. We are delighted to see Irish film and television recognised at the highest level on the international stage.

"Wolfwalkers is a rich and powerful story, immersed in Irish culture and folklore, and produced with stunning artistry. Normal People has been a critical and commercial global success story, captivating audiences around the world. Both projects demonstrate the standard of excellence created by Irish talent and Irish storytelling on screen. We are also delighted to see Brendan Gleeson recognised with a nomination for Best Supporting Actor.”

The 78th Golden Globes will take place on February 28. The event will be hosted by Tina Fey and Amy Poehler, returning for the fourth time, after hosting in 2013, 2014, and 2015. Fey and Poehler will share duties from their respective cities, with Fey on the East Coast and Poehler on the West Coast. Fey will be live from New York’s Rainbow Room, Poehler will be live from the Beverly Hilton, in Beverly Hills, and nominees, from various locations around the world.