Hansard performed the song on the Late Late Show on RTÉ One as Ireland's death toll reached 288. It has since climbed to 334. 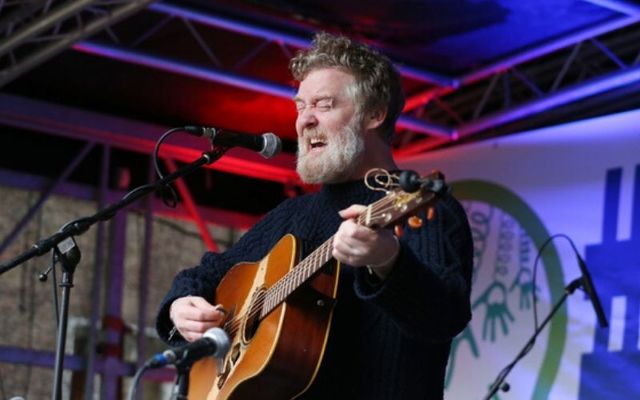 Glen Hansard performed a moving rendition of his hit song "Falling Slowly" on Friday night as a touching tribute to those who have died from COVID-19.

Hansard performed the song on the Late Late Show on RTÉ One as Ireland's death toll reached 288. It has since climbed to 334.

Host Ryan Tubridy, who recently recovered from COVID-19, introduced the emotional song by saying: "This is for the 288 Irish men and women who are no longer with us and may they rest in peace."

Hansard achieved international fame with the song and scooped an Oscar in 2008 for Best Original Song when it appeared in the movie "Once." His performance with Markéta Irglóva in Once is particularly memorable.

However, his recent performance on the Late Late Show is especially poignant given the situation in Ireland at present.

His performance was more scaled back than the original studio recording and simply featured Hansard on guitar providing the vocals and Colm Mac Con Iomaire on the violin.

"For the 288 Irish men and women who are no longer with us, and may they rest in peace".@GlenHansard & Colm Mac Con Iomaire – Falling Slowly.#ShineYourLight #LateLate pic.twitter.com/uRdkhEHN8e

It was performed on a subdued Late Late Show. The show is a staple of Friday night television in Ireland and is usually filmed in front of a live audience. However, the show has been filmed without a studio audience for a number of weeks to comply with social distancing guidelines.

It now acts as a one-stop-shop for COVID-19 information, uplifting stories, and tear-jerking musical performances that honor the dead and those working on the frontlines.