Appearing on the Late Late Show, Hozier sang the ballad as a special tribute to the Irish healthcare worker who died from the virus. 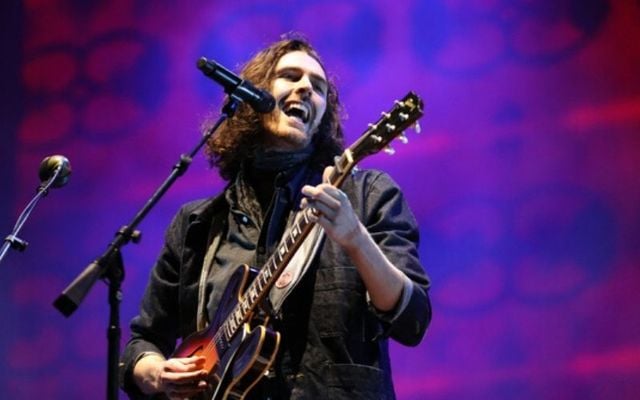 Irish singer Hozier performed a spine-tingling version of the classic ballad "The Parting Glass" on Friday as a tearjerking dedication to everyone who had lost their lives during the COVID-19 pandemic.

Appearing on The Late Late Show, Hozier sang the ballad as a special tribute to the Irish healthcare worker who died from the virus.

The show, which usually features a live studio audience, has been shot in an empty studio in recent weeks to comply with social distancing guidelines.

The show also took place minutes after Taoiseach Leo Varadkar's national address where he effectively announced a two-week lockdown. Varadkar also confirmed that a healthcare worker was among those to have died from the virus.

Additionally, Miriam O'Callaghan became the first-ever woman to present the Late Late Show from start to finish when she stepped in for usual host Ryan Tubridy who missed Friday's show due to a "persistent cough."

Introducing Hozier's chilling performance, O'Callaghan said: "I'd like to dedicate it to all the people who've lost their lives to this virus but in particular the health worker who died today."

The empty studio only made Hozier's performance even more haunting and added to the stillness in the air as he performed the iconic song.

The Parting Glass is commonly sung at Irish funerals and is a perfect tribute to the 22 people who have died in Ireland due to COVID-19.

In the song, the singer reflects on their life and the impact they had as they say goodbye to their friends at the end of the day.

The song is originally from Scotland, but it was made famous by Tommy Makem and the Clancy Brothers in the 1950s. It has been a mainstay for Irish music groups ever since.

You can watch Hozier's performance of The Parting Glass on The Late Late Show here:

Read more: Hozier: the facts you need to know