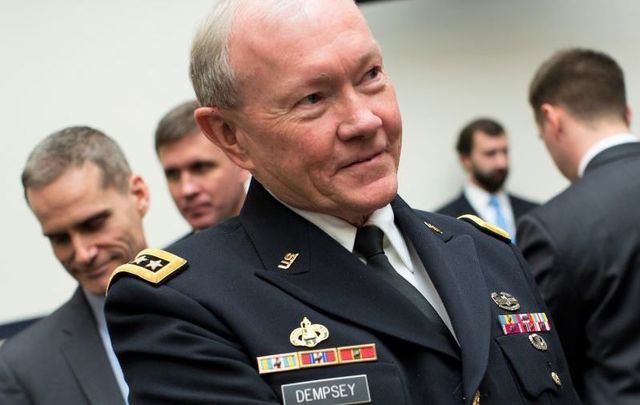 Retired U.S. Army General Martin E. Dempsey is well known for his love of a good singsong and is always ready to show off his voice, especially if he gets to sing a song about Ireland.

Back in 2004, he gave a festive performance full of Christmas cheer of the Bing Crosby Christmas classic “Christmas in Killarney,” along with the 1st Armored Division Band and Soldiers' Chorus back when he was the division’s commanding general.

The members of the chorus were drawn from units around the 1st Armored Division specifically for this performance and if you weren’t already full of that Christmas feeling this will certainly set you on the right track.

“Christmas in Killarney” is an Irish Christmas song that was penned by John Redmond, James Cavanaugh and Frank Weldon in 1950. It was made famous by Bing Crosby, however, who recorded the song in 1951 and included it on his album “Merry Christmas.”

Dempsey is also known for being proud of his Irish Catholic heritage. The retired general speaks some Irish, sings Irish ballads and once wrote a graduate paper on W.B. Yeats' poem, "Easter 1916" about the uprising in Ireland against British rule during World War I.

Get in the Christmas spirit with General Dempsey here: