This Game of Thrones star had a very Irish accessory with him at the show's final season premiere. 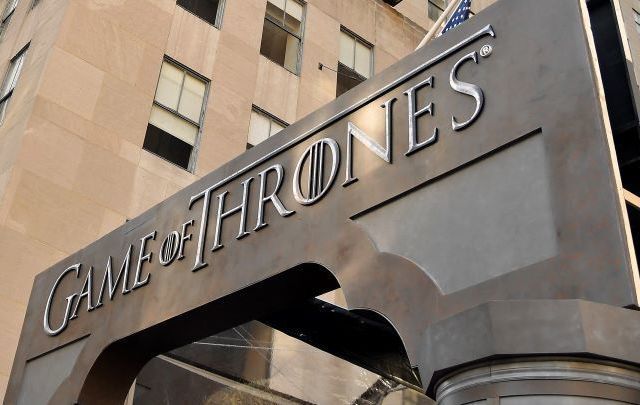 This actor is a big fan of the black stuff!

Game of Thrones star Jason Momoa brought a can of Guinness along with him to Wednesday’s New York City premiere of the show’s highly anticipated final season.

Momoa, a native of Hawaii, is a huge fan of Guinness and is often pictured with cans or pints of the black stuff.

On Wednesday, he and his wife Lisa Bonet attended the star-studded New York City premiere of the final season of Game of Thrones at the iconic Radio City Music Hall.

Elle Australia shared a snap of Momoa arriving at the red carpet with a can of Guinness in hand:

#JasonMomoa is going through a pink suede phase and we're not mad about it. Hit the link in our bio to see every other fashion moment from the #GameOfThrones season eight premiere red carpet.

Momoa played a fierce warrior in Game of Thrones' first two seasons, so it's no surprise he's a fan of Guinness since, as we all know, it gives you strength!

Momoa is such a fan of Guinness that back in 2016, he visited the world famous Guinness Storehouse in Dublin, Ireland, and was presented with his very own brew:

HOLY SHIT. @guinnessus the open gate brewery In Dublin. Just brewed the first ever. MOMOA brew. The Mano. The first sour. From @Guinness. Come down and try. I'm officially blown away love u @feds_h

The following year, Guinness gifted Momoa with a unique ‘Aquaman’ branded beer tap to congratulate him on the success of his ‘Aquaman’ film:

Aloha kakahiaka. I know I don’t look excited but I’m freaking out on the inside 浪浪浪浪浪 @guinnessus just sent me a beautiful letter congratulating me on #justiceleague and made a aquaman Guinness tap handle Fucking stoked also if that wasn’t enough to blow my mind @carhartt collaborated with Guinness to make a coat cheeeeeehoooooooooo mind blown mahalo @whereyabennett your a legend. Enjoy your weekend everyone. Mahalo for all the support been getting some beautiful letters and emails texts From fans and ohana Aloha j

Momoa and the rest of his ‘Aquaman’ costars visited Conan O’Brien back in 2017 to drop a trailer for his latest film, as well as share a pint or several: