Some diehard Fortnite fans may have stumbled upon an accidentally leaked St. Patrick's Day skin. 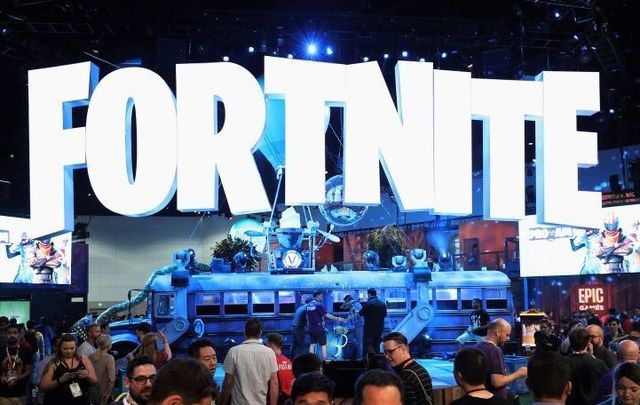 Fornite fans may have stumbled upon an accidentally leaked St. Patrick's Day skin.

Fortnite Battle Royale, one of the three Fortnite game modes produced by Epic Games, became a viral hit attracting more than 125 million players online in less than a year and earning hundreds of millions of dollars a month.

BlastingNews reported that a St. Patrick’s Day skin for the game might have accidentally been leaked: “The leaked skin was first found by Guille_GAG and PlatBuilds and later on, a popular data miner, "HYPEX" shared the image of what looks like a loading screen. The new outfit was found in the Creative Mode of "Fortnite" as a thumbnail for a new Featured Island and it looks like a male version of the Sgt. Green Clover skin.

Fortnite teased this skin by mistake in creative 😳 (credits in the image) pic.twitter.com/w5uVVXRhWA

“There are still months left until the next St. Patrick's Day and we might see the leaked outfit in the item shop in March 2020 but considering that "Fortnite" has been bringing back a lot of "OG" outfits recently, there's also a chance that Epic Games might bring Sgt. Green Clover skin along with the new skin as a male variant.”

Dexerto further reported: “A quick glance at the leaked image shows a leprechaun looking character complete with a red beard. If it's not an actual variant, it's the closest to one as we're going to get.

“The Sgt. Green Clover skin first appeared as part of St. Patrick's Day in 2018, making it one of the first skins to appear in Fortnite.

They added: It has only appeared in the Item Shop a total of five times, with the last appearance being St. Patrick's Day 2019, making it one of the rarer skins in the game.

Paul Tassi, a senior contributor for Games at Forbes, reported that for St. Patrick’s Day 2019, special features popped up in the Fortnite universe to mark the holiday, including a rainbow that was visible from all points on the map.

Tassi added: “There’s going to be a St. Patrick’s LTM where only green items drop unless you follow a treasure map which will get you gold items. I assume that means treasure maps will be spawning more often, which should be good for completing a challenge next week that asks you to unearth two piles of buried treasure using those maps.

“Elsewhere, there are going to be new St. Patrick’s Day skins in the game, and one old one too. Sgt. Clover appears to be returning to the store, according to leaks, currently one of the more rare skins in the game considering we haven’t seen it for an entire year, but it’s about to be a lot more common. There is also a green version of the motorcycle Mauler skin, because Epic really, really loves that specific skin for some reason and keeps doing new variants of it.”

Have you played Fortnite before? Let us know about it in the comments!