His floss dance skills may be questionable but his spirit is not. 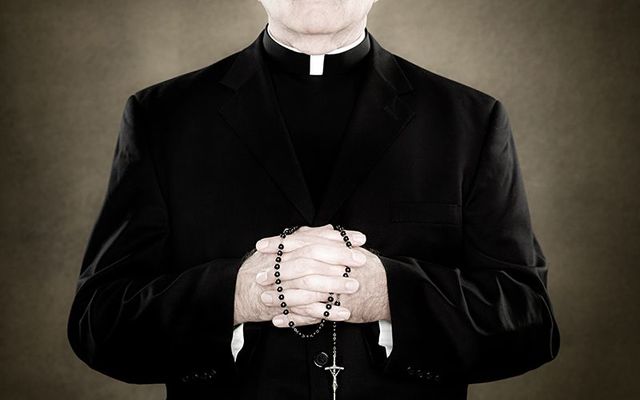 This Irish priest flossing will make your day.

The kids making their First Holy Communion in the local church in Passage West, Co Cork, were already having a very exciting day but little did they know that the fun was only just starting when their priest began flossing on the altar alongside them.

Fr. Con Cronin really got the crowd going after he said Mass by joining the kids as they celebrated their communion by doing the floss dance made famous by the game "Fortnite."

While his own flossing skills are a little questionable, the Irish priest can't be faulted for his enthusiasm and we're sure he'll get it right with a little more practice.

A video of the flossing Irish priest was taken by a mother of one of the children and the congregation's reaction says it all. Fr Cronin receives a round of applause for his attempt and at least we're pretty certain he can claim the title of the first flossing priest.

"The kids had masses throughout the year in preparation for the communion mass and at the end of every mass Fr Con would do the floss. Every single child was looking forward to the mass and it was purely so they could dance with Fr Con," Ciara O'Donovan told Independent.ie.

"The town has gone through a tough few years, but Fr. Con has gone above and beyond. He’s not your typical priest standing on the altar reading out the mass, he interacts with all the congregation – young and old."

Have any great Irish videos to send us? You can submit them to submit@irishcentral.com.