Eve Hewson tells Jimmy Fallon how she might have landed a role of some sort in Brad Pitt's upcoming Formula One movie. 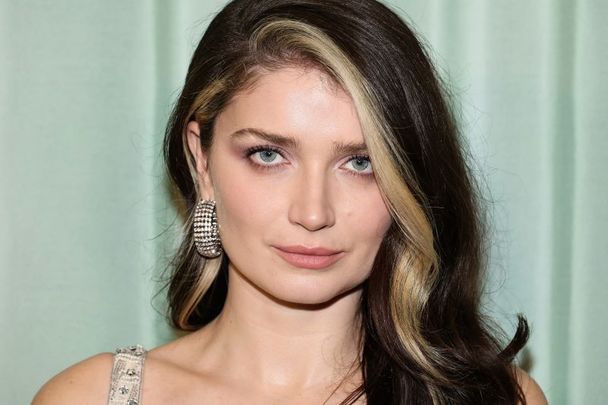 Eve Hewson is currently on the promo trail for her new Apple TV+ series "Bad Sisters," which is getting terrific reviews – including an A+ from our Cahir O’Doherty a few weeks back – but the Irish actress is dreaming of a hoped-for film role promised to her by Brad Pitt.

Hewson was on "The Tonight Show Starring Jimmy Fallon" on August 15 and talked about her obsession with Formula One racing that she developed while glued to the Netflix series "Drive to Survive" during the pandemic.

She told Fallon that she’s “completely hooked” on the show and the “gorgeous” F1 drivers, and while out to dinner with her manager, who also happens to steer Brad Pitt’s career, the manager told Hewson that one of Pitt's upcoming films is based on Formula One.

“I was like, ‘Get Brad Pitt on the phone right now,’” Hewson recalled to Fallon.

Sure enough, that happened, and the Irish actress – daughter of U2 frontman Bono and his wife Ali Hewson – made a personal pitch.

“I said, ‘I will do anything in this movie, I will have one line, I will be in the pit crew, I will do whatever you want…I’ve got to be in this film,’” Hewson said she said to Pitt.

Pitt's reply? “He said, ‘I’m such a fan, I watched 'Behind Her Eyes' twice. You’re in it, kid,’” Hewson relayed – "Behind Her Eyes" being the 2021 Netflix mini-series that critics and viewers loved.

The untitled Pitt film will be an Apple Studios production and is backed by F1 superstar Louis Hamilton.

Hewson's not sure of her role yet. “I feel like we had a verbal agreement on the phone, and if you say it on national television it’s legally binding,” she joked with Fallon.

Hewson feels that someday she’ll follow in her famous parents’ footsteps and choose a cause that’s near and dear to promote.

“I haven’t found that right thing yet, or the moment to do it,” she told the UK Independent. “I’m not afraid of it. I feel like when the moment is right, I’ll pick something.”

For now, she’s focused on her career and wherever it takes her, literally. She lives out of a suitcase, she says, and plants temporary roots wherever the next job takes her.

“I just float around in a suitcase and bring my cat with me everywhere,” she says.