The “Shape of You” singer, who is of Irish descent, was collecting an MBE when he joked about playing the first dance for the British royal couple. 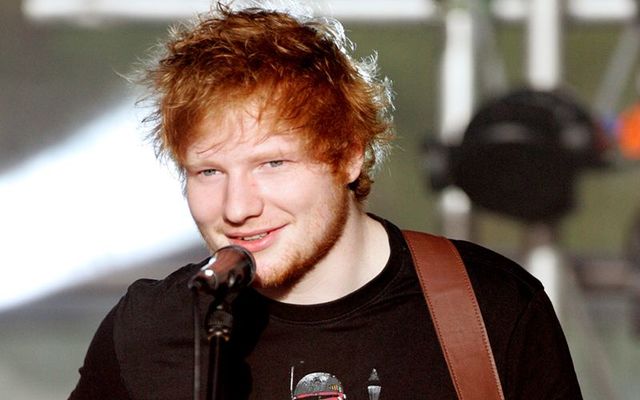 The “Shape of You” singer, who is of Irish descent, was collecting an MBE when he joked about playing the first dance for the British royal couple. WikiCommons

Ed Sheeran performing your first dance? Irish American Meghan Markle could have it all for her royal wedding.

Many people’s dream would be Ed Sheeran performing their first dance at their wedding and Meghan Markle may be about to have it all.

The 26-year-old English singer/songwriter, whose grandparents come from Ireland, received an MBE today for services to music and charity, award by British Prince Charles, Harry's father, at a service at Buckingham Palace in London.

When asked if he'd like to sing for the 33-year-old prince and the former 'Suits' actress at their ceremony at Windsor Chapel in May, 2018  - he said: "Yeah, why not."

The “Perfect” hit-maker said the 69-year-old royal was amazed that he was jetting off to New York immediately after to play a concert, and jokingly asked if he's still making lots of money from his record sales.

Ed laughed: "He was asking me if I was still selling lots of records and I told him I've got a concert in New York tomorrow, and he was quite surprised I was flying after this."

The musician was no doubt overcome with emotion as on this day four years ago he sadly lost his grandfather, and he hopes he would have been "pretty proud" of his achievement, seeing as he was a huge fan of the royal family.

After the ceremony, he said: "My grandfather was a massive royalist.

"He had all the commemorative plates and stuff, and he died on this day four years ago, so it's actually quite a nice full circle thing, I guess he'd be pretty proud."

Both Sheeran and Markle are of Irish descent.  Sheeran’s paternal grandparents are Irish and the singer has always embraced his Irish roots. With that flock of red hair, there could never be any doubting where the award-winning minstrel’s family came from.

Frequently visiting Ireland for family events, and famously staying with his grandmother Anne in Wexford before his sold-out shows in Croke Park, Dublin, in July 2016, he’s also said to have spent some time busking in Galway.

On the other hand, Markle's great-great-great-grandmother Mary Smith emigrated to London from Ireland and married a British soldier named Thomas Bird sometime in the mid-1800s.

Which Ed Sheeran song would you pick for Meghan Markle's first dance?