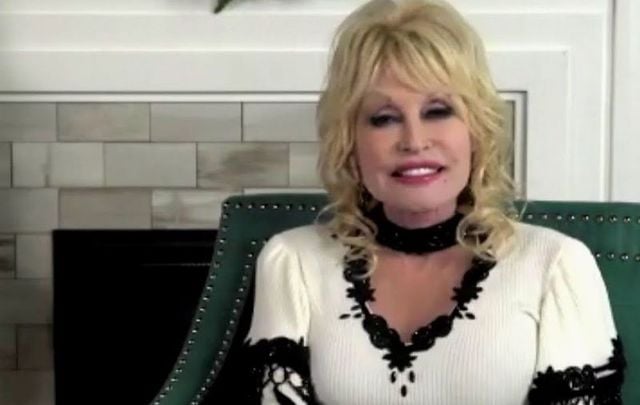 Dolly Parton, the queen of country music, says she’s got a special connection with her Irish fans because they know she’s as genuine as they come.

Dolly was the special guest star on last Friday’s RTÉ Late Late Show in Ireland. The broadcast was dedicated to country music, and who better than Dolly to appear, virtually, especially as she’s plugging her new book, Dolly Parton, Songteller: My Life in Lyrics.

"A lot of people have the gift to write and be poetic, but there is something, I think it is why the Irish have always loved me and I have always loved them. We speak the same language,” Dolly told host Ryan Tubridy.

"They appreciate and know what it is like to live hard and to be brought up poor and I think that they know when I am singing it, I mean it.

"And I believe that they know that I feel that emotion that I have…I call it my Smokey Mountain DNA, but is from those old songs brought over from Ireland and England.”

Dolly also spoke about her long-lasting friendship with fellow country crooner Margo, one of Ireland’s most famous C&W names who is also the sister of Daniel O’Donnell.

"She kind of became like family through the years, she made several trips over here and I was proud that she loved my little song ‘God’s Coloring Book’ and that I got to work with her on that,” Dolly revealed.