After the 24-year-old Irish actor was nominated for an Emmy, several UK publications mistakenly claimed he was British. 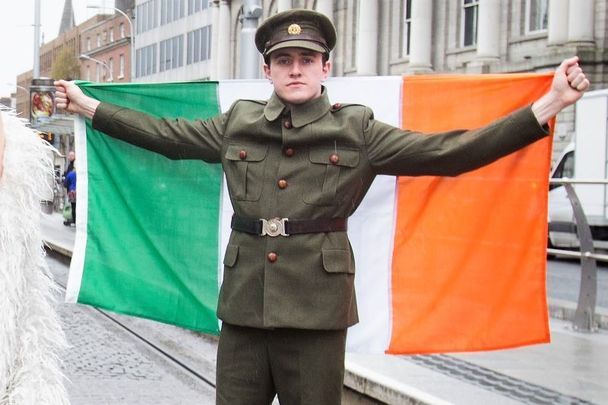 April 2018: Paul Mescal featured as Lt. Langon in The Abbey Theatre and the Lyric Hammersmith’s production of "The Plough and the Stars" by Sean O’Casey. RollingNews

The most-liked tweet in Ireland this year was from "Normal People" star Paul Mescal, who made it clear he was Irish after several publications mistakenly said he was British.

The 24-year-old actor shot to fame earlier this year for his performance as Connell Waldron in the BBC Three/Hulu series “Normal People.” The limited series, an adaptation of Irish author Sally Rooney’s 2018 novel, was directed by Dublin-native Lenny Abrahamson and co-starred Daisy Edgar-Jones.

After he was nominated for an Emmy for the role, several UK publications claimed Mescal was British.

Mescal’s tweet was revealed as Ireland’s favorite in Twitter’s “Year on Twitter” report, which was released last week. The annual report shows the most like and talked about posts on the social media platform in 2020.

The report additionally revealed that #NormalPeople was the fifth most tweeted about entertainment story this year. #PaulMescal and #ConnellsChain were also popular hashtags.

Not surprisingly, the top Irish news hashtag of the year was #Covid19, followed by #GE2020, #BlackLivesMatter, #GolfGate, and #Brexit.