The Irish dancing lads of Cairde will make their NYC debut from Ireland on Good Morning America on March 17! 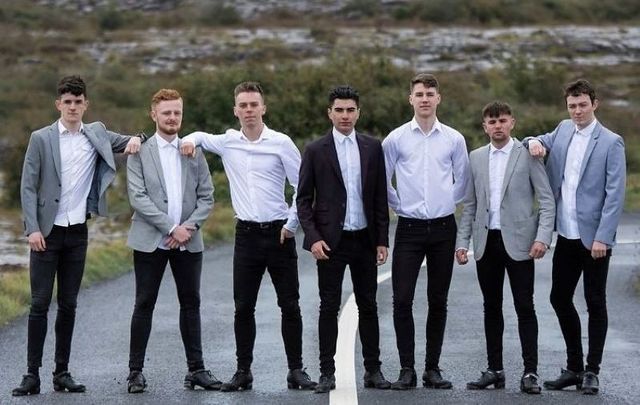 Cairde will be Irish dancing from the Cliffs of Moher during a St. Patrick's Day performance for Good Morning America in the US on March 17!

The lads revealed the exciting news in a social media blast on March 14:

“So, this is happening.

“The seven of us are so excited to be sharing this news with you.

“We’ll be performing live from the Cliffs of Moher and will even be broadcasted on the screens in Times Square, New York City.

“You don’t want to miss this one."

SO THIS IS HAPPENING! Good Morning America. St.Patrick’s Day. Live from the Cliffs of Moher to Times Square ☘️?? @gma

Finally able to share this incredible news. We are broadcasting live across America with Irish dance sensations Cairde on Good Morning America this Wednesday from the Cliffs of Moher. The boys’ performance will be beamed into Times Square live on the day too! Hup Paddy’s Week??? pic.twitter.com/WkenToM7ys

As was the Irish Embassy in the US:

Cairde at the Cliffs... That will be a genuinely good #StPatricksDay morning across America. And a nice way to start the day on which we celebrate the 40th anniversary of the Friends of Ireland Caucus. https://t.co/0FFoCFH0iV

Cairde, consisting of Dara Kelly, Francis Fallon, Stephen McGuinness, Seamus Morrison, Brian Culligan, Ethan Sean, and Ronan O'Connell, has been enjoying a steady rise to fame over the past year, thanks in part to their creative Irish dance choreographies that continue to go viral across social media, especially on TikTok.

The group, whose members hail from Galway, Clare, and Cork, began in earnest at the 2017 Fleadh Cheoil in Ennis, Clare, but it didn't really take off until the summer of 2020, when Ireland was beginning to recover from the first wave.

In October, member O'Connell told IrishCentral: "It's been great for the whole Irish dance community. I think we've given it a new light. Loads of people have been commenting on the video asking if it's tap dancing.