Bruce Springsteen and the E Street Band are bringing their 2023 international tour to Ireland for two dates! 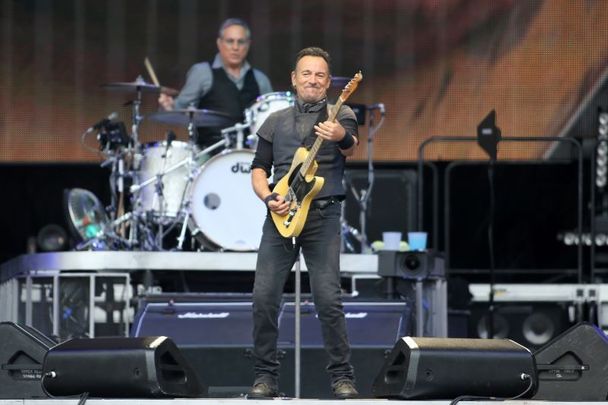 May 27, 2016: Bruce Springsteen in concert at Dublin's Croke Park. RollingNews.ie

Legendary US rockers Bruce Springsteen and The E Street Band are bringing their international tour to Dublin, Ireland for two dates in May 2023.

Bruce Springsteen and the E Street Band are set to rock out at the RDS Arena in Dublin, Ireland on May 5 and May 7, 2023.

Tickets for the Irish concerts will go on sale via Ticketmaster this Friday, May 27.

The 2023 Dublin shows are likely to go a bit smoother than The Boss's gig at Slane Castle in Co Meath in 1985. Springsteen wrote in his  2016 autobiography "Born to Run" that the scenes in the crowd at the huge Irish gig put him into "a pure rage and simmering panic"

"I could not face what was happening in front of the stage at Slane on a nightly basis," he wrote. "It was irresponsible and violated the protective instinct for my audience I prided myself on."

Bruce Springsteen and The E Street Band will mark their return to the road in early February 2023 with a string of to-be-announced US arena dates, followed by the European stadium shows kicking off on April 28th in Barcelona, Spain and a second North American tour leg starting in August.

Aside from Dublin, the planned European stops are Barcelona, Paris, Ferrara, Rome, Amsterdam, Landgraaf, Zurich, Düsseldorf, Gothenburg, Oslo, Copenhagen, Hamburg, Vienna, Munich, and Monza. Additional cities and shows in the UK and Belgium will be announced at a later date.

These 2023 dates will mark the first live shows for Bruce Springsteen and The E Street Band since the conclusion of their 14-month, worldwide The River Tour in Australia in February 2017. The River Tour was named 2016’s top global tour by both Billboard and Pollstar.

Bruce Springsteen and The E Street Band last reconnected to perform on Saturday Night Live in December 2020, where they launched live versions of two songs from their most recent studio album ‘Letter To You’ (Columbia Records), which reached #1 in eleven countries and marked the band’s first time recording live together in decades.