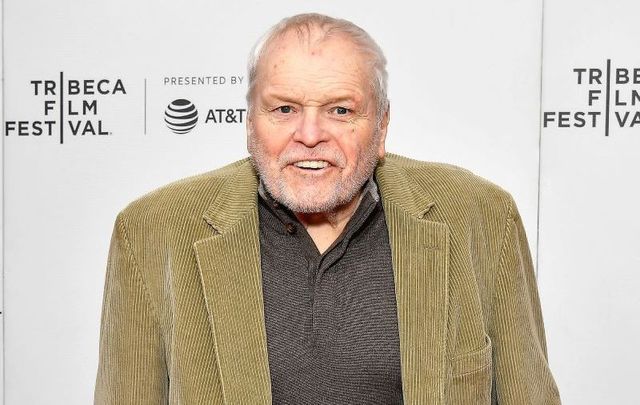 Irish American actor Brian Dennehy, 81, passed away on April 15 in his native Connecticut, his family has confirmed.

On April 16, Dennehy’s daughter Elizabeth Dennehy confirmed the passing of her father in a tweet:

It is with heavy hearts we announce that our father, Brian passed away last night from natural causes, not Covid-related. Larger than life, generous to a fault, a proud and devoted father and grandfather, he will be missed by his wife Jennifer, family and many friends. pic.twitter.com/ILyrGpLnc3

In 2001, he won the Best Performance by an Actor in a Miniseries or Motion Picture Made for Television Golden Globe for his role in “Death of a Salesman.” Between 1990 and 2005, Dennehy was nominated for six Primetime Emmy Awards.

Variety reports that Dennehy was born in Bridgeport, Connecticut and that he served in the Marines from 1959 - 1963. After, he studied history at Columbia University, where he attended on a football scholarship. He later earned his Master of Fine Arts in dramatic arts from Yale University.

Dennehy has three daughters (Elizabeth, Kathleen, and Deirdre) with his first wife Judith Scheff, and a son (Cormac) and daughter (Sarah) with his second wife Jennifer Arnott.

Online, a number of celebrities have mourned Dennehy's passing:

Just devastated to learn that the magnificent Brian Dennehy has died. They is no one i enjoyed working with more. And there are few friends as valued in my life. I took this photo backstage when we were in Love Letters. He loved my pup Bowie. pic.twitter.com/s55Cc37lFy

First thing I thought of when I heard Brian Dennehy had died was the story @pattonoswalt tells about meeting him at a buffet table.

"Character actors! Who cares if we get fat?!"

RIP Brian Dennehy. Brilliant and versatile, a powerhouse actor and a very nice man as well.

Was lucky enough to see Brian Dennehy twice on stage, masterful in Love Letters, and monumentally heartbreaking in Death Of A Salesman. A colossus. What a loss.

I met Brian in a bar, acted in a movie with him but the stage was what he loved. In rehearsal he said, “This is it, kid.” He was a fellow nutmegger, mick and a Marine. They don’t make his kind anymore. ❤️to his family. https://t.co/0TLeo2MAyt

Condolences to the family of Brian Dennehy. 😞 A wonderfully talented actor.

In 2010, Aliah O’Neill spoke with Dennehy about his Irish roots in a piece for Irish America Magazine, sister publication to IrishCentral: “Dennehy’s Irish roots extend to the West and Southwest of Ireland on both sides of his family – on his father’s side, his grandfather was born in Millstreet, County Cork, and his grandmother was born in Kilmacalogue in West Cork.

“Dennehy said his ancestors 'were born back in the 1850s or 1860s and were essentially farmworkers, and my grandfather emigrated I’m guessing sometime around 1900 – 1904, 1905, he was very young. All of his brothers and sisters eventually came to America and they were all factory workers – they worked for a major factory in Bridgeport, Connecticut called Jenkin’s Valve, which is no longer there.'”

“On Dennehy’s mother’s side were the Mannions. His grandmother emigrated from Waterford and became a domestic in the United States, a few generations earlier than his father’s people. Most of his relatives settled in Bridgeport and Danbury.

“Like O’Neill’s father James, who was born in Kilkenny during the worst year of the Great Famine, 1847, Dennehy’s paternal grandfather refused to return to Ireland in his later years. 'My grandfather who was an immigrant under the worst conditions didn’t go back and never wanted to go back, refused to go back, he was so bitter about his experiences as a child. I think most Irish Americans have forgotten how difficult it was for those people. But I can still remember his scars about that. That’s something that we shouldn’t forget…how difficult it was in the 1880s and the 1890s and before.'"