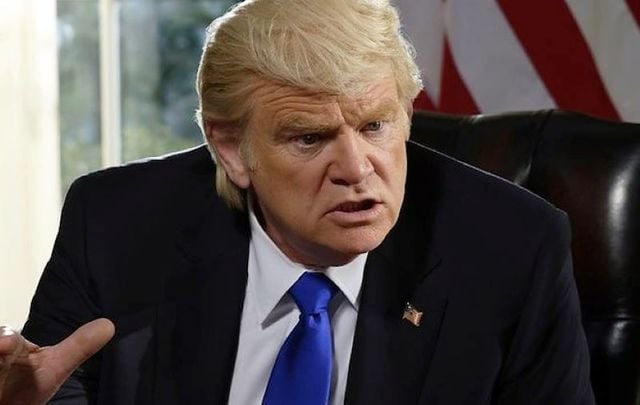 There are lots of Donald Trump impersonators out there, but none as serious as Brendan Gleeson, the acclaimed Irish actor who plays the outgoing president in the Showtime miniseries The Comey Rule, which is based on former FBI Director James Comey’s book, A Higher Loyalty.

During a virtual interview with Deadline.com last week, Gleeson revealed he wasn’t too inclined to play Trump.

"When it came first, there were a number of different issues that were involved. I was unsure I was going to learn anything about him from what was there. Because it's really Comey's story; this isn't an exploration of Donald Trump.

"I knew this stuff about his public persona; I didn't really understand any more about his private motivations beyond the political or beyond whatever,” Gleeson said.

"I asked a number of different people close to me and all that. One of my sons said, 'If you buy into the circus, it doesn't matter whether you do good or bad, whatever you play in the circus doesn't matter -- it's what feeds the circus.' No matter what you do, you're only adding (to it.)” 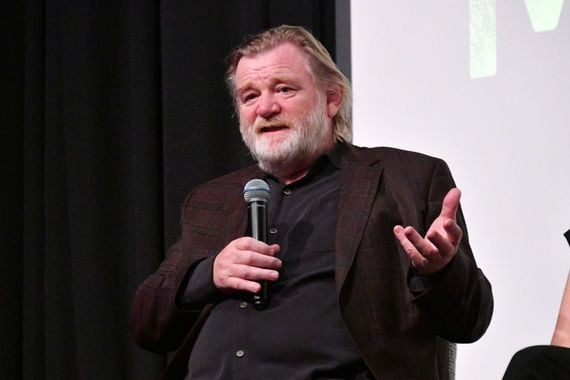 Transforming physically into Trump also presented some challenges, especially with regards to his trademark hair and pearly white teeth.

"When I wanted to go at it, I had to go at it fairly.  I'm quite similar in (hair) coloring to him. Myself and Orla Carroll who did the hair -- fair play to (director/screenwriter Billy Ray), he brought her over, and I was able to work with her in Ireland.  We spent hours and hours and we got into a very good place with my own hair at one point, but it would've been almost impossible to reproduce every day,” Gleeson said.

“My poor little Irish teeth -- they just don't get that white! There was a bunch of people who really, really worked brilliantly with me. We put on these things (moulds) but only on one side. So all of that had a kind of an impact.

"It did make me feel like as if I had my suit of armor on to go out and that he travels with the show, the show travels with him. That's it.”

The Comey Rule, also starring Jeff Daniels as James Comey, debuted on Showtime in September. The reviews were so-so, but viewers watched in record numbers the network reported.