Book Review: 'In Kiltumper: A Year in an Irish Garden'

Niall Williams and Christine Breen's magical book explores how they moved to Ireland 35 years ago on a romantic impulse to make a living off gardening and writing. 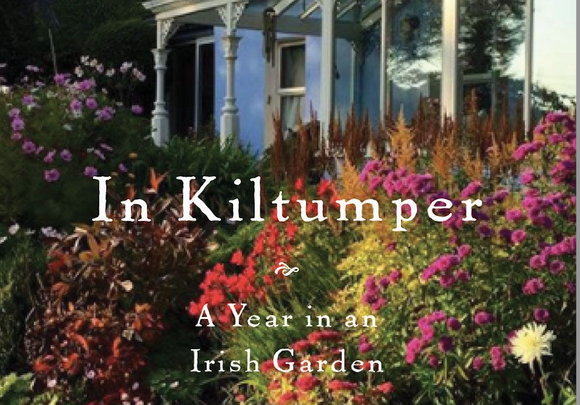 Not everyone has the courage to pack up their lives (and jobs) in New York and move across the Atlantic to the west of Ireland, clutching to the half-formed hope of making a living out of writing and gardening.

But, as Niall Williams and Christine Breen write in their magical new book In Kiltumper: A Year in an Irish Garden, they were young at the time and the leap was less daunting. That was thirty-five years ago now they explain, the result of a purely romantic impulse.

Hard questions like how exactly they would make a living or how they would fare in the last part of the twentieth century on the very edge of Europe were the last things on their mind.

As the poet Phillip Larkin noted in one of his poems, it's thrilling when someone just packs it all in for a stab at a new beginning (somewhere else entirely) and so it proves here. The place of new beginnings tuned out to be the clumsily named (in English) Kiltumper (or Coill Tuimpe) in County Clare in 1985.

Christine's (or Chris as she is known) grandfather and great grandfather were born in the area and it's where the couple later raised their two children, writing books together and separately, with Chris painting and drawing and both of them making an ever-growing garden.

Places, they write wisely, not only become marked by people but people by places. When your life achieves a small harmony with the natural world's you begin to understand just how deeply our fates are tied to it. The couple wrote this book in the waning light of the Trump presidency, the growing climate catastrophe, and the pervasive and global sense of gloom that the human progress itself is increasingly in peril.

In order to get a read on the wider world, the pair decided to focus on the particular, on the human scale and the local, and especially on the little piece of earth they tend to themselves. Their sense of urgency is heightened not just by geopolitics, but by the passing of time.

The couple are now in their 60's and Chris is battling bowel cancer, entailing daily injections. Add to that a government plan to add huge wind turbines 500 meters from their longtime home, meaning the constant flickering and noise of these machines is making their continued residency in the place an open question.

Given the challenges they now face and the beauty they have created, it's no wonder this book has appeared like a flare signaling both accomplishment and some little distress. It's the record of twelve months spent within the perimeters of their own garden, but it's also the testament of a forty-year marriage, where one story comments on and bleeds into the other in the most arresting of ways.

What makes this book so remarkable isn't just the quality of the prose, which at times almost made me gasp with its insights into the unique rhythms of Irish life, which it conjures so effortlessly, but also the sense of an ending, a running out of road somewhere up ahead that need not always be dwelled upon.

Impending departures from places that were well-loved can defy all words, but here is one reflection: “So, to capture something of the way we are living here before it is over. To honor and celebrate it. And to put down something of the joy.”

This book, in Seamus Heaney's phrase, catches the heart off guard. As so often happens in the west of Ireland and in the very far north, thanks to the remoteness the pair can feel like the only residents of the earth, and the place can still look Edenic. How can you walk away from that unmarked? Where can you make your home after making your home there? It's a question as old as the Bible.

Interestingly, these two American blow-ins have engaged more fully with the landscape and history of their district than many who have lived there for generations, I suspect.

Stepping out in February on the eve of St. Brigid's Day to gather rushes to make crosses, they are in tune with centuries (in fact, millennia) of tradition that many of their Irish neighbors may have long ago eschewed. Chris has picked a clump of rushes specially selected for their density, length, and pliableness.

“I'm not sure even Brigid was as careful measuring its lengths,” her husband writes. But that strange exactitude, that respect for time, tradition, location, and the yes heart's desire can be found on every page of this uncommonly magical book. Read it and be restored to yourself.