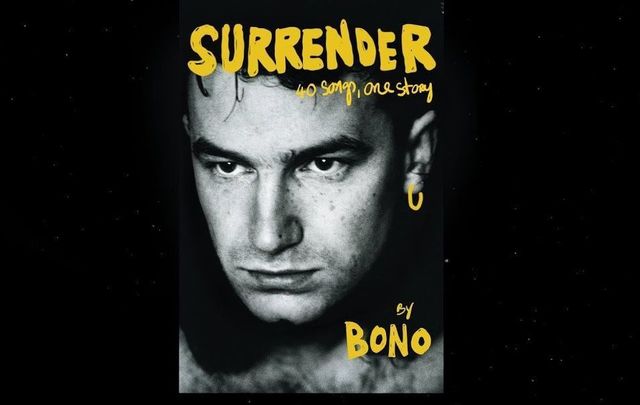 In his new memoir "Surrender: 40 Songs, One Story", Bono of U2 has written a revealing, heartfelt account of the legendary Irish band's early days, their rise to superstardom and the people backstage who have always made the journey worthwhile.

Back in the 1980s Irish men didn't talk about their feelings. If you wanted to clear a room full of them back then, I discovered, all you had to do was ask them how they felt.

That thought came back to me whilst reading Bono's new memoir, "Surrender: 40 Songs, One Story," which is for the most part a kind of dance of seven veils that alternates between surprising revelation and reflexive privacy.

The opening chapter, 'Lights of Home,' is beautiful and beautifully written. It starts off with a health scare that brings him to New York's Mount Sanai into a close encounter with his own mortality and the shocking if temporary disappearance of his faith, but it concludes with an observation that echoes Seamus Heaney (and every Irish emigrant who's passed their own gatepost) “I am leaving home to find home,” he writes. “And I am singing.”

Now that is the voice of experience talking. At its best 'Surrender: 40 Songs, One Story,' lifts the curtain and takes us behind the arena in the moments before the biggest rock band in the world steps on stage.

We see the band's rituals, their anxieties, and their long friendship (long marriage really) which in itself is one of the great stories of this meditative book.

To his own astonishment, U2 was formed in the same week in 1976 that Bono and his wife-to-be Alison Stewart (Ali) first started going out and those relationships have defined his life in ways he could never have imagined waiting for the 31A bus on the Howth Road as they had their second kiss.

For a rock and roll band, they were oddly wholesome, especially by the standards of the time. One juvenile fumble with his new girlfriend is interrupted by his father returning home early, then sitting on the bed Ali was hiding under to express his sympathy after his youngest son explained why he was half dressed in the middle of the afternoon. “I'm sick,” he lied. “I have a sore throat.”

The early songs talk about things in the abstract, addressing landscapes, history, and struggles of various kinds, but rarely revealing much about themselves. Even now when he looks back he talks about where he was and who he knew and where he was going in those days, but he reflexively holds off on delving into how he felt.

In his new book, Bono notes the difficulties he often had with his father, that long troubled relationship, and how it drove him to seek out lads in similar circumstances.

Perhaps the rage he felt drove him toward rock music, where the inability to express himself found some focus with help from the other three U2 members. Maybe his new chosen family helped him come to grips with the one he had been born into the book suggests. 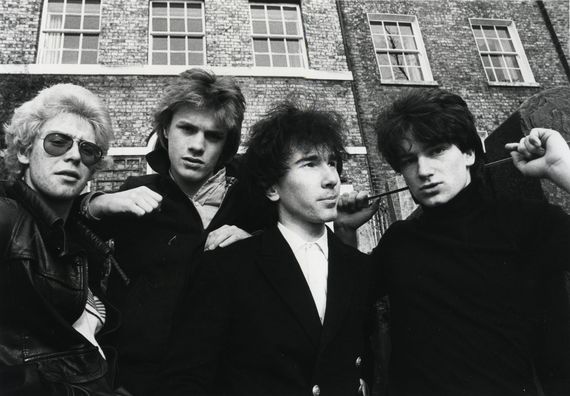 There are some eyebrow-raising confessions in the book. After his mother Iris died when he was 14, he simply stopped thinking about her he writes. She was dead to him, literally and emotionally, he says. Or at least so he initially thought. The working out of that great loss and the inner landscape it carved out would be one of his most important later-in-life discoveries.

He doesn't sideline his own religious investigations in the book. Though his father was Catholic and his mother Protestant he was himself dropped off at a Church of Ireland service every Sunday where his quiet but sincere interest in Jesus and the Bible became a touchstone that has sustained throughout every decade of his career.

Nothing could be more uncool in a rock and roller of course unless you leaven it with some Gospel music and the roots of rock in the United States (and this the band did as soon as they achieved superstardom).

But back in the late 1970s he and Ali got involved with a group of Christian radicals in Dublin called Shalom and that holy-rollers suspicion has never quite left them, nor have they ever felt the need to disavow it in pursuit of hipsterdom.

In the years between War, The Unforgettable Fire until their magnum opus The Joshua Tree, each time the band played in Ireland they pulled bigger audiences and met with greater rapture. 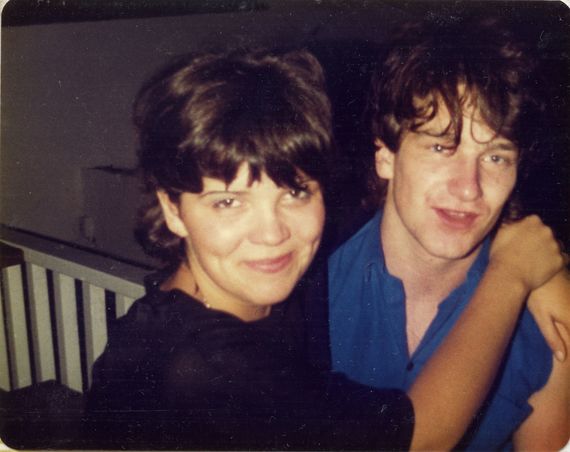 One of the great things that happened to them creatively was the music of Simple Minds, another Celtic band (and for many years in the '80s the bigger band). The album "New Gold Dream" in particular ached with a kind of melancholic grandeur that must have hit U2 like a lightning strike. The influence it has was unmistakable.

What is certain now is that U2 made a quantum leap between 1983 and 1984, with Brian Eno along for the ride this time, because a sudden deepening of their sound and frames of reference occurred. They were stepping into themselves.

It seems a bit churlish to leave out that Scottish-Irish conversation, because it altered the band's trajectory, although they may disagree now about its import or legacy. At all events, U2's new Silent upon a peak in Darien era culminated at Live Aid in 1985, when Bono tapered around the stage at Wembley like a goat on the Matterhorn.

Everyone has their own private Bono, but mine is the mullet-haired frontman in (is my memory playing tricks here?) thigh-high black platform boots and black leather pants. He looked more like Prince Valiant than a pop star and that cringe element has always stood between me and the keener appreciation of the band that my older brother and his pals seemed to feel.

At Wembley, driven by some inner directive that looked mad to me, Bono leaped off the stage, invited two girls out of the crowd to join him, then embraced them warmly as though they were at a snake-handling bible revival meeting. Even across all this time, I am scarlet for him, as we say in Donegal. What was he thinking?

In the book, he now says he finds that footage “excruciating to watch,” but not for the reason I've outlined. It was his hairdo, not his antics, that give him a "reddner" he says. All business in the front and party in the back he says of that mullet.

But for me it's the two girls, dressed in 80s finery like exhibits that spell mid-decade, and their deer-in-the-headlights expressions. Even now I have to stop when I think of it.

What I could not deny then or now was the music. Stripped of all the surface theatrics - and his what is he thinking messianic performances onstage - the band simply rocked out. They had the tunes. In rock and roll that's ultimately all that matters. 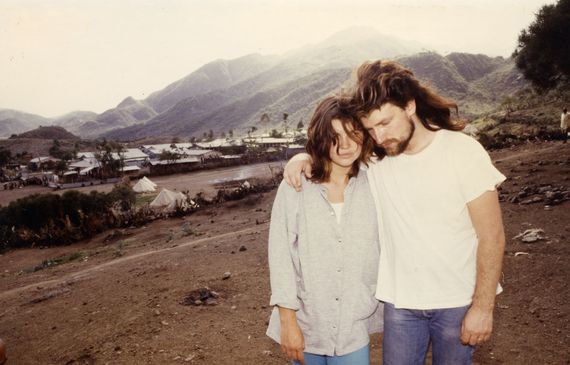 So if 'Surrender: 40 Songs, One Story' often seems self-referential, well consider the band, the man and the five-decade epic journey they've been on. He's allowed to reveal and conceal as much as he wants. He owes us nothing. This memoir offers tantalizing glimpses of a creative journey that saved his life and that he can't quite believe he got to make.

Fans may quibble that Bono keeps his own counsel here with some justification. This book at times reads more like a biography rather than an autobiography. He keeps things formal, using quotes that sound revealing but end up maintaining the odd distance between reader and writer. If you're looking for a salacious rock and roll life, this was always the wrong man - and the wrong band.