Bono made the revelation in his upcoming memoir "Surrender: 40 Songs", which is due to be released on November 1. 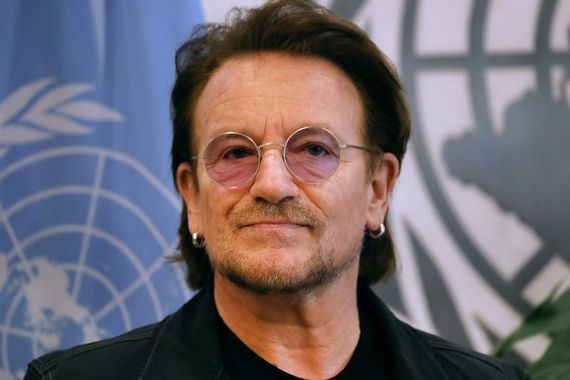 U2 frontman Bono has revealed that his cousin Scott Rankin is actually his half-brother.

Bono made the revelation in his upcoming memoir "Surrender: 40 Songs", which is due to be released on November 1.

Bono wrote that he first found out that his cousin Scott Rankin was actually his half-brother in 2000 after discovering that his father Bob Hewson was having an affair with his wife's sister Barbara, Scott's mother.

His mother, who died when the singer was 14, never found out about the affair, Bono said.

Scott was raised in Glenageary in South Dublin by his mother Barbara and his father Jack, while Bono and his brother Norman were raised in Ballymun on the north side of the city.

However, Bono and Scott remained close and both felt like they were more than cousins.

"The truth is with Scott we felt like brothers long before we knew we were. I love Scott and his mother Barbara," Bono told the Irish Times.

Scott Rankin, a banking expert who currently works in the Department of Finance, is one of the most senior civil servants in Ireland and still lives in Glenageary with his wife, Clare, and their three children.

Scott said he welcomed the public revelation, adding that it has been a family secret for 22 years.

"Not all such stories turn out the way mine has and I was fortunate to discover that I had two fathers take an active part in my upbringing," Scott said.

"Our extended family have known for some time and we agreed that it made no sense to keep this hidden any longer. Bono’s book also happens to be an appropriate and sensitive way for us to acknowledge the connection."

He said he was "blessed" to be welcomed into the Hewson family with "open arms".