Bono speaks out on working with President George W. Bush on Africa and whether or not he hung out with Ivanka Trump and her husband Jared Kushner. 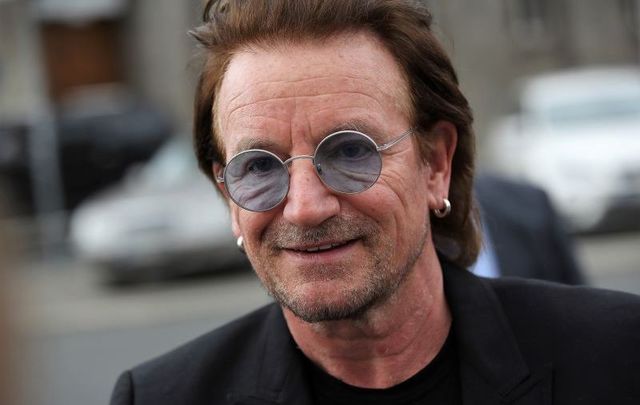 August 28, 2018: U2 singer Bono greets fans outside the Chancellery after he met with German Chancellor Angela Merkel in Berlin, Germany. Bono met with Merkel to discuss issues related to her upcoming trip to Senegal, Ghana, and Nigeria. Getty Images

There is all kinds of buzz about Bono these days, as his memoir "Surrender: 40 Songs, One Story" will be released next week.

The U2 frontman has been doing the promo rounds too and gave a quite interesting interview to The New York Times on Sunday where he opened up on a number of subjects, specifically his friendships – or lack thereof – with some controversial newsmakers.

Specifically, former President George W. Bush. Bono worked closely with W. on the AIDS crisis and poverty in Africa, and he was skewered for it by some holier-than-thou lefties who couldn’t see the greater good.

The memoir, "Surrender: 40 Songs, One Story", details Bono’s alliance with Bush, and he wrote that W. would have fought in the Iraq war he started if he had to.

The Times reporter was pretty incredulous. Bono replied, “I believe he was convinced that invading Iraq was the right thing to do, and I perhaps made an overstatement on his behalf. But it is Shakespearean to observe, as I have at firsthand, his paintings of wounded warriors. I’ve seen their vulnerability screaming at him off the canvas.

As far as hanging out with Ivanka Trump and her husband Jared Kushner, which was reported a few months ago, Bono says they were part of a crowd at a large meeting, and very much not part of his squad.