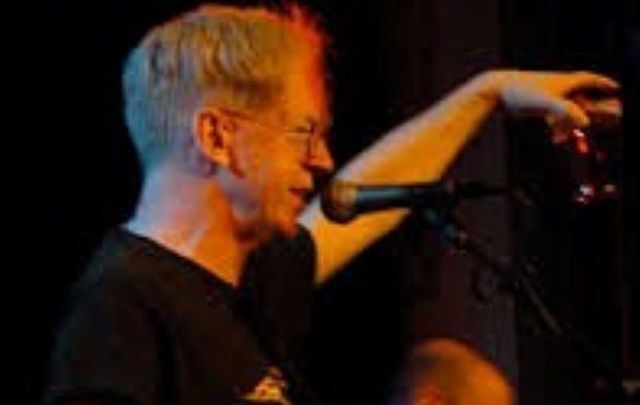 Editor's Note: In the coming weeks, Larry Kirwan and IrishCentral will look back album by album on the history of Black 47 and their rise to fame. Below is the fourteenth installment of the series about "Bittersweet Sixteen," released in 2006.

The previous installment in the series, "Black 47 releases their definitive "St. Patrick's Day Party" album" can be read here. You can find all of the stories in the series here.

Below is a note from Larry Kirwan, written March 2020:

Black 47 was not a band for quiet reflection – we always seemed to be bouncing from one battle to the next and in late 2005, when I decided to put Bittersweet Sixteen together, we were in the battle of our lives.  We had come out against the Iraq War on St. Patrick’s Night 2003 and the reaction, in particular from Irish-America, was extreme. More about that in the next installment on the IRAQ album!

In some ways, Bittersweet Sixteen was a holding album, I was writing a lot of songs about the conflict in Iraq and we needed time to air those songs live and get them in battle-worthy shape.  The gigs through these years right up until 2008 were all about conflict, and yet I think the band was at its best. Downtown Baghdad Blues and Southside Chicago Waltz were two of the first Iraq War songs we performed and they would go on to be standards with the troops in Iraq.

To add fat to the fire, EMI had recently deleted our Home of the Brave CD.  In protest, we included live versions of some HOB songs on Bittersweet Sixteen. EMI hastily began reprinting Home of the Brave again when Kurt Sutter included over three minutes of "Big Fellah" in the Lochan Mor episode of Sons of Anarchy.  And so it goes, listening to it 14 years later, Bittersweet with its sixteen tracks still packs one hell of a wallop. 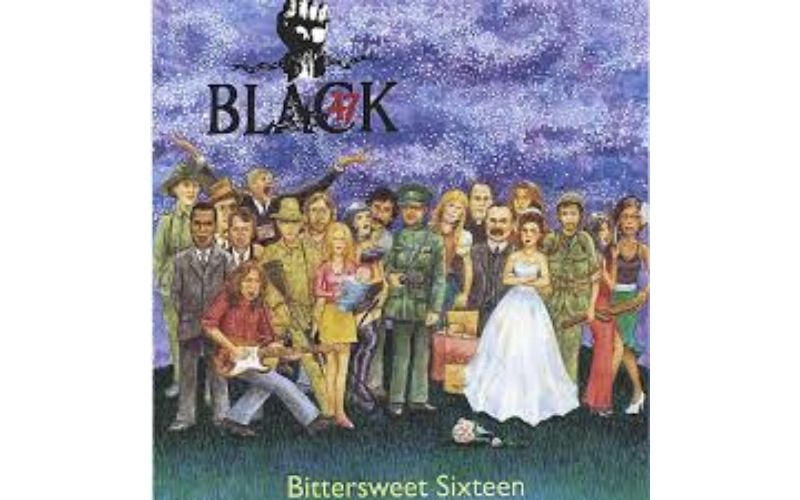 All songs arranged by past and present members of Black 47 which include:

Dedicated to Elizabeth (Betsy) Parcells 1951-2005, sister and comrade, and our friends safe home and those still serving in Iraq with HHC, 42nd Aviation Brigade.

Black 47's "Big Fellah" as featured in "Sons of Anarchy:"

The below was written by Larry Kirwan in August 2006:

The road goes ever on, as Tolkien said, more and more gigs. We've always been a popular grass roots band with bases of support throughout the country. To keep that support current, however, it behooves you to get in the van and show that you still merit attention. Add to that the fact that any Saturday night we weren't on the road we played Connolly's in New York City. To my mind it was overplay but since gigs provide the main financial income of the band members, the more gigs the merrier. To add fuel to the fire, each February and March we perennially play an extensive St. Patrick's Day season and there's a constant need for publicity to make it work.

That led to the release of Bittersweet Sixteen in 2006! We were also being hit by new fans demanding, "give me a sample from across your whole career!" Around about this time I was doing an interview with Vin Scelsa, our long time radio-host supporter. He presented me with a tape of an in-studio performance that we had done for him back in 1993 right before we recorded Home of the Brave. The quality was amazing; the band was on fire as it always is when performing new songs. Voodoo City, Losin' It, Road To Ruin, and Danny Boy were among the tracks we lifted from that performance for Bittersweet Sixteen.

A few years previously EMI, in its wisdom, had deleted the Home of the Brave CD. So, on Bittersweet we were now able to let people hear some great versions of songs from that album with their original arrangements.

We began the CD with the song Home of the Brave from our very first recording in 1989. We had been together less than three months at the time. We included our arrangement of Dominic Behan's Patriot Game from the same session. I've never seen the point in recording someone else's song if you don't add to it – talk about an addition, the accusatory declaiming of various Irish Taoiseachs (prime ministers) over the instrumental coda is pretty strong meat by anyone's standards!

I always liked our cover of Steven Stills, For What It's Worth. I had a feeling that the song would really suit the band. I had also recently come upon the last testament of Joe Hill, written on the wall of his prison cell the night before he was executed in Salt Lake City in 1915. His words were in my mind while in the studio and the melody suggested itself as we were sequencing the songs, and so we added Joe Hill's Last Will as a final cut. Talk about bittersweet!

During that session, we recorded Southside Chicago Waltz with our old friend and ex-Major Thinker Paul Ossola on double bass. The song was written for a fan of the band who had come to see us every year on Memorial Day in Chicago's Gaelic Park. He was a young boy when we first met him and had become a marine in response to 9/11. He wrote to me frequently from Iraq and the Waltz was an attempt to tell his story as best I could. He's in Afghanistan as we speak and, as ever, we wish him and the other troops overseas the very best. — Larry Kirwan

One of rock's most passionate bands, Black 47 plays Kirwan's fiery agit-pop howlers with the fury of the early Pogues. This Irish tinted rock (with shadings of ska and reggae) is incendiary. — Chicago Sun Times

Both political and humorous! A wicked blend of Celtic music, Ska and Roots Rock! — Billboard

Bittersweet Sixteen – Black 47, New York's most politically aware Irish rockers write first-rate songs for those of the second and third generation. Not a Riverdancer in sight! — NY Daily News

For further information on Black 47, or to receive the monthly Celtic Crush/Black 47 newsletter, email blk47@aol.com.