Eilish, 20, tops the bill on Glastonbury's famous Pyramid Stage on Friday night, three years after she made her debut at the festival. 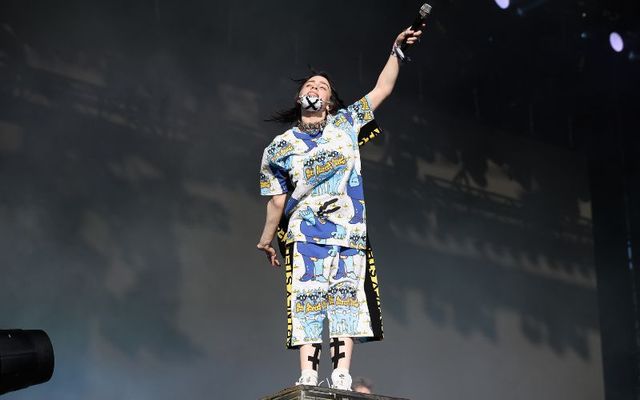 Irish-American pop star Billie Eilish is set to make history on Friday evening by becoming the youngest solo headliner in the history of the prestigious Glastonbury music festival.

Eilish, 20, tops the bill on Glastonbury's famous Pyramid Stage on Friday night, three years after she made her debut at the festival.

That year, Eilish was moved from the John Peel Tent to the jam-packed Other Stage due to the phenomenal success of her hit song "Bad Guy" in the summer of 2019.

However, technical issues overshadowed her performance at the festival three years ago, prompting her to thank fans for their patience.

"Thank you for not leaving. I know you could have," Eilish said at the end of her performance in 2019.

Those issues are unlikely to surface again this year as Eilish has been fine-tuning her live act over the past few months of intensive touring in the US and Europe.

Eilish played two sold-out concerts at Dublin's 3 Arena earlier in June as part of her Happier Than Ever Tour, gleefully telling her adoring fans that she was "Irish".

Eilish, whose full name is Billie Eilish Pirate Baird O'Connell, has strong Irish roots on her father's side with Scottish heritage from her mother's side.

In 2019, Eilish played the main stage at the Electric Picnic, a music festival held at the Stradbally Estate, in County Laois. Addressing a crowd of 57,000 gathered to see the teen pop sensation she shouted to the crowd:

The singer also recently went viral on social media after her hilarious attempt to pronounce the Irish name Aoife following her gigs in Dublin.