Just 18-years-old and already a household name, best known for her chart-topping album When We All Fall Asleep, Where Do We Go?, Billie Eilish is proud of her Irish roots and has said Ireland feels like home. 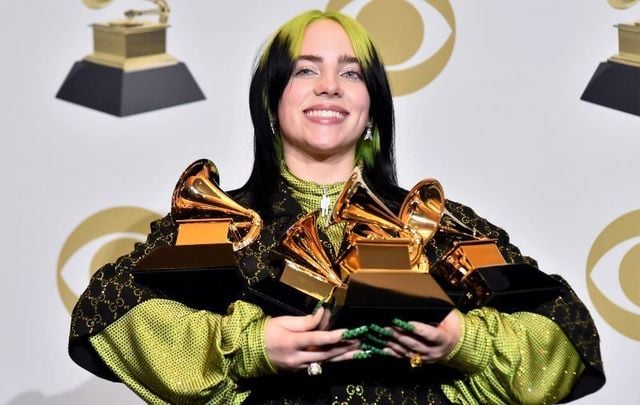 Billie Eilish, who enjoyed a record-breaking evening at the 2020 Grammys, is proud of her Irish roots and says Ireland feels like home.

Billie Eilish, whose full name is Billie Eilish Pirate Baird O'Connell, has strong Irish roots on her father's side with Scottish heritage from her mother's side. The 18-year-old is taking the music charts by storm and on January 26, she took home five of the six Grammys she was nominated for.

In doing so, Billie Eilish became the youngest solo performer to ever win album of the year, beating out Taylor Swift who won it at 20-years-old for her album "Fearless."

Last week, the 18-year-old pop-starlet, who rocked to fame over the past four years, was in the press as she has been chosen to provide the voice to James Bond's latest movie, No Time to Die. We're taking to opportunity to find out Billie Eilish's Irish connections that explain those beautiful "Ocean Eyes".

Last year in 2019, Eilish played the main stage at the Electric Picnic, a music festival held at the Stradbally Estate, in County Laois. Addressing a crowd of 57,000 gathered to see the teen pop sensation she shouted to the crowd:

She also doesn't do a half-bad Irish accent! 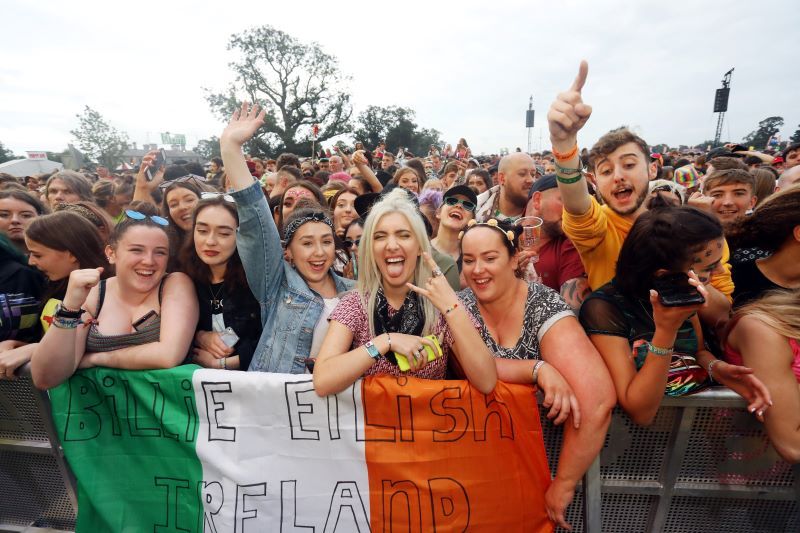 Eilish rocketed to fame in 2016 when she uploaded her song "Ocean Eyes" to Soundcloud. By 2019 her first studio album, When We All Fall Asleep, Where Do We Go?, debuted at the top of the Billboard 200 and it fast became the best-performing album of the year. Her songs "When the Party's Over", "Bury a Friend", "Wish You Were Gay", "Xanny", "Everything I Wanted", and "Bad Guy" all featured in the Billboard Hot 100 top 40 singles.

Eilish has eight gold and four platinum singles in the US.[4] Her accolades include two American Music Awards, two Guinness World Records, and three MTV Video Music Awards. She has received six Grammy Award nominations, including Record of the Year, Album of the Year, Song of the Year, and Best New Artist, becoming the youngest artist ever to be nominated in the four main categories in the same year. To say her teenage years have been exciting is an understatement.

Born on Dec 18, 2001, Eilish was raised in Highland Park, Los Angeles. Her mother, Maggie Baird, is an actress and screenwriter, while her father, Patrick O'Connell is an actor. Both her parents are musicians.

She was homeschooled but joined the Los Angeles Children's Chorus at the age of eight. At the age of 11, she started to write songs.

The young girl took after her brother, Finneas O'Connell, who was already writing, performing and producing his own songs with his band. Over the years he has written and produced music for various artists including his younger sister.