The best Irish Christmas albums to listen to this holiday season

"May your days be merry and bright..." - our top pick of favorite Celtic Christmas tunes 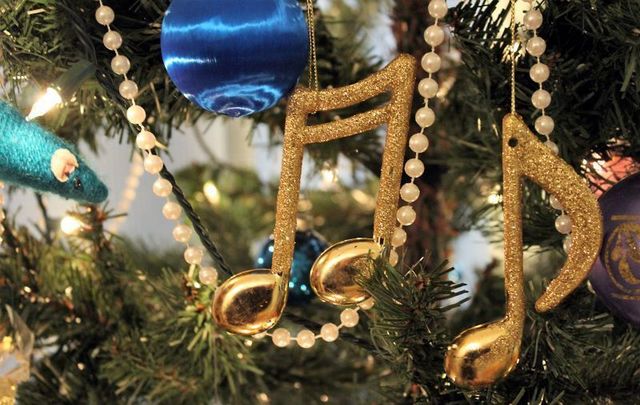 Pop these Irish albums on to get into the Christmas spirit! Getty Images

Tis the season! Tune into these Irish Christmas songs to get merry this holiday season

The past few years, it’s become something of a column tradition for me to share my Celtic Christmas favorites—so who am I to interfere with tradition?

Here are Christmas album picks, some old, some new.

Ivers’s “An Nollaig” is without a doubt one of—if not the­—best Irish Christmas albums ever made.  It’s a bona fide Irish-American cultural fusion, one that blends traditional Irish, blues, even gospel, and soul styles together to electrify the Christmas cultural spirit of America.

“Hark the Herald Angels Sing” is one of the album’s keynote pieces, and it showcases Ivers’s prowess as a musician and innovator.  On top of that, the album’s “Apples in Winter” is one of my favorite jig sets of all time—to which Ivers adds a signature jingle bell burst.

Cherish the Ladies, “Star In the East”

CTL have released a more recent Christmas album, “Christmas in Ireland” (2015), but I’m still partial to their 2009 “Star in the East.”  Where else do you get to hear Joannie Madden not only play whistle but sing as well?

Madden reworked a 19th-century American hymn, “Rise Up Shepherd and Follow” into a folksy, feel-good tune, which she sings with chutzpah and merriment.  I also love the album’s Irish-inflected “Deck the Halls” reel and Madden’s own original tune “A Dash for the Presents”—a tune that captures the excitement to which its title alludes.

Kate Rusby released her first Christmas album, “Sweet Bells,” in 2008.  The title track was inspired by a folk song native to Yorkshire, called “While Shepherds Watched Their Flocks By Night,” but Rusby adds lyrics, lively tunes, and, naturally, bells. “Hark, Hark What News” is another lively, traditional folk hymn that Rusby performs exquisitely.

This is a really old favorite, released in 1969, but you can’t deny a classic.  I’ll always prefer the Clancy’s “Buala Bas” to any other version of “Jingle Bells,” even Bing’s.  What’s more, the Brothers’ “Christmas in Carrick” sounds like a real sea shanty, something that was sung and recorded in a currach, rather than a recording studio.

Perhaps what makes this album most extraordinary of all is the late, great Liam Clancy.  Liam will be forever remembered as one of the greatest balladeers of all time, and to hear him sing “Silent Night” with his brothers chorusing in harmony behind him—it’s, well, indescribable.

What makes this album so unique and lively is that Doyle’s guitar works like a vocal duet partner for Davis’s singing voice, exchanging call-and-response moments throughout a number of the tracks.  “Have Yourself a Merry Little Christmas,” for instance, is stunning—Davis’s gorgeous voice seems made for the sentiment and nostalgia of this old favorite, and Doyle’s intricate guitar chords add detail that make the track a real gem.

The token traditional Irish track on the album, “The Wexford Carol,” is arranged like I’ve never heard it before. Innovative and simple at the same time, Davis and Doyle’s rendition, and the album as a whole, is an accomplishment.

Kate Rusby, “The Frost Is All Over”

I know this is Rusby’s second appearance on the list, but credit must go where credit is due, and as far as I’m concerned, no Christmas playlist is complete without both of Rusby’s holiday albums. “The Frost Is All Over,” released last year in 2015, is like Rusby herself—traditional and innovative, historical and modern, and one of a kind.

On this album, she joined forces with Irish husband Damian O’Kane to produce amazing folksy hymns, ornamented with bells and trumpets, like “Bradfield” and “Dilly Carol.”

This album has a sense of humor as well: “Christmas Goose” will give you a hearty laugh along with some Christmas spirit.  Rusby’s vision of Celtic Christmas is something you can’t buy in any old record store, or hear on any run-of-the-mill radio station: it’s unique and, at the risk of sounding hyperbolic, it will transform your Christmas cheer.

I covered this album just a couple weeks ago after talking to O’Leary herself, but it deserves a second mention here.  This is an album that any Irish-American, any Irish person, and any lover of Irish history or music needs in their collection.  It’s not only a remarkable record, featuring folk and Americana superstars like Rhiannon Giddens, but it’s also an essential part of our history.

“The Wexford Carols” preserves Christmas tradition in Ireland, recreating the choruses sung in the sixteenth to eighteenth centuries, at midnight mass out in the fields.  What could be more important at Christmas than an audible reminder of how music links us with the people, the stories, and the histories of centuries past?

To all readers, musicians, and friends, here’s hoping your holiday this year is filled with “sweet bells” and “buala bas.”  Nollaig shona daoibh.

This article appears courtesy of the Irish Echo. To read more, visit their website here.

What's your favorite Irish album at Christmas? Tell us in the comment section!