Pogues' Christmas classic was almost the "Fairytale of County Clare"

The funny, unlikely, yet popular Irish Christmas song set in New York amidst the ringing bells is a favorite holiday-time duet year in, year out. 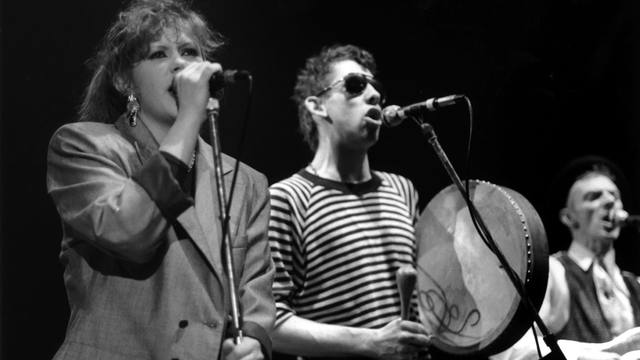 Pogues' classic "The Fairytale of New York" might not have been so famous if they'd stuck to the plan and set it in County Clare!

As soon as it's time for an Irish Christmas song, we're heading to YouTube for the lyrics but would we have done so if the Pogues' "Fairytale of New York" was "Fairytale of County Clare?"

It's the Christmas song the Irish love to sing year-round and they're not alone, but The Pogues’ "Fairytale of New York" might never have become famous if they had followed their original plan to set the song in County Clare!

The 1987 hit was once almost called "Fairytale of County Clare." Pogues writer and singer Shane MacGowan told an hour-long BBC special on the origins of the song (which is now the most popular Christmas song on the radio) and revealed that early demos involved a sailor from west Clare looking out at the Atlantic and dreaming of a life in New York.

It doesn't quite have the same ring, does it? Pogues banjo player Jem Finer admitted it took two years of serious work to finally perfect the classic song, with MacGowan deciding to transfer the original story to New York. Speaking to the BBC, Pogues guitarist Philip Chevron added: "In the earliest incarnation it took place not in New York, but on the west coast of Clare. If you listen to the early demos we did of that song at a certain point, in each case, they kind of just stop developing. They just fall into a hole where they can go no further."

Finer added that the celebrated producer Steve Lillywhite persuaded his then-wife, the late singer Kirsty MacColl, to perform the song as a duet with MacGowan and when it was complete they were happy to know they’d produced a masterpiece. "We tried to record it twice before it finally got nailed with Steve Lillywhite," said Finer. "

So it went through a lot of revisions. There were always things that didn’t quite work and Shane did a lot of editing of the lyrics, coming back to it again and again over a period of about two years, and we played about with the arrangement until it sort of sat properly.

Read more: The Pogues' Fairytale of New York is not a good Christmas song

"But when it was done, it was a very moving moment, because it was so obviously perfect. I burst into tears because I knew it was so special. Kirsty brought the heart to that record."

Lillywhite added that MacGowan, who will turn 60 on Christmas Day, had the gauntlet thrown at him by MacColl, whose vocals on the song were flawless.

"When we finished it, it was plainly obvious that Shane’s vocal was not as good. Now Kirsty had really raised the bar he sounded sort of slurry. So he re-did his vocal and that was it."