We went on a hunt for some interesting facts about one of Ireland's most popular counties, County Clare. 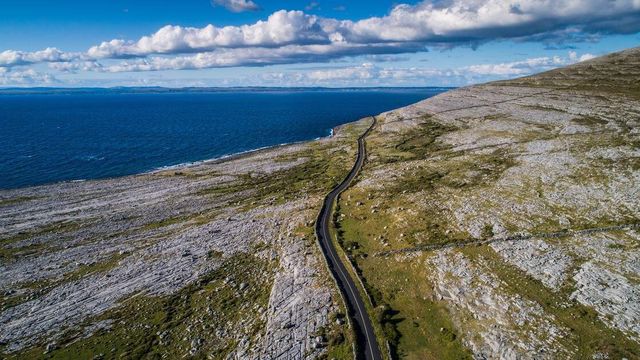 From the Cliffs of Moher to Bunratty Castle, the River Shannon to the Wild Atlantic Way County Clare is one of the most popular counties for visitors from Ireland and abroad alike but how much do you know about "The Banner County"?

County Clare, in the west of Ireland, is a wonderful place to visit with beautiful countryside which varies magically. From the Wild Atlantic Way and the craggy coast to the karst landscape of the Burren to the Cliffs of Moher and Bunratty Castle, you could spend weeks exploring. but how much do you really know about this beautiful county?

We went on a hunt for some interesting facts about one of Ireland's most popular counties, County Clare.

“Clár.” Translates to “board” or “plank.” According to lore, a board was placed across the river Fergus outside Ennis, as a bridge, at a place that was to become known as Clare. 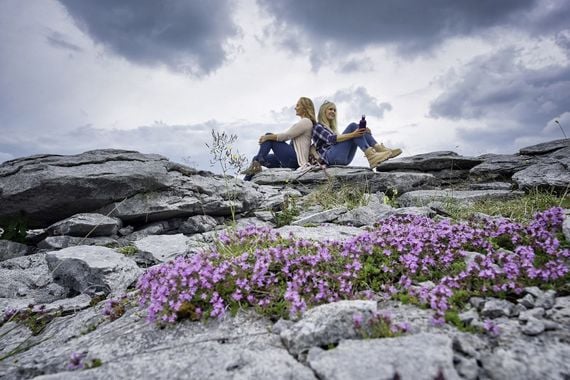 The Burren plateau of northwest Co. Clare, which spans over 150 square miles, is the finest example of a limestone kart landscape in Ireland. The Burren is famous internationally, not just for its beautiful limestone surface, but also for the remarkable flora and its rich archaeological heritage. The term "Burren" is derived from the Gaelic for "stony place."

The county colors are blue and saffron yellow

These are the colors believed to have been carried by one of Clare’s most famous heroes, Brian Boru, as he went forth into the Battle of Clontarf in 1014.

The inventor of the submarine was from County Clare 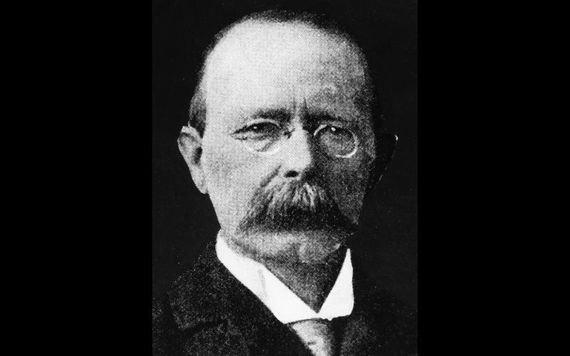 John Philip Holland, the inventor of the submarine, was from Clare.

In 1881, in County Clare, John Philip Holland was the first person to successfully launch a submarine. The first of its kind, it was called the “Fenian Ram.” By 1900 the U.S. Navy was formally commissioning the production of these underwater boats.

The West Clare Railway was so unreliable a protest song was written about it.

“Are Ye Right There Michael” is a fairly well-known song, but not many know its origins! Due to a slow train and the driver's decision to stop for no apparent reason Percy French – a 19th-century and early 20th-century Irish composer and musician – though having left Sligo in the early morning, arrived so late for an 8pm recital that the audience had left. He wrote the song in revenge. The ballad caused considerable embarrassment for the rail company, which was mocked in music halls throughout Ireland and Britain thanks to the song. The company took unsuccessful libel action against French – who, legend has it, was late for the court date because the train was yet again delayed. 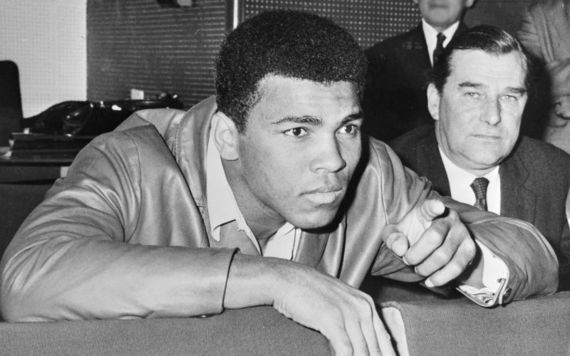 The former heavyweight champion of the world Muhammad Ali has strong ties to Co. Clare. Ali's great-grandfather, Abe Grady, was born and raised in Ennis, Co. Clare. He immigrated to America in 1860, where he married an emancipated slave. Ali's mother, Odessa Lee Grady, was Grady's granddaughter. Ali visited Ennis in 2009.

Clare is known as “the banner county.”

The custom of carrying banners goes back a long way in County Clare – at least as far as the Battle of Clontarf in 1014. Over the ensuing centuries, banners became a unifying factor. Brian O'Dalaigh, writing for ClareLibrary.ie, explained that most trade guilds in Clare had their own banners – and a political one. “The reason the name stuck with Clare. . . was that custom of greeting politicians with banners, particularly at election time, survived longer in Clare than in other counties. The Parnellite and de Valera eras coincided with the rise of the GAA and the name soon transferred to the county's hurling and football teams.”

The crest of Co. Clare features six different symbols, each with its own special meaning

On Clare’s crest, the rose is a tribute to the Burren, with its distinct flora; the tau cross as a nod to Clare’s rich heritage of antiquity; the antique Irish crown as a symbol of the ancient Kingdom of Thomond, which made up most of what constitutes County Clare today; the pile reversed fleuried at the point suggests a plane departing Shannon Airport; the stag’s head commemorates the many Clare families whose shield and crests bear this motif, such as Meehan, Curtin, Cullinan, Hehir, O'Connor, O'Connell and many more; and the circle of fire represents the electricity stations of Moneypoint and Ardnacrusha. The crest was introduced officially in 1986 by the Clare County Council, with input from Clare residents. 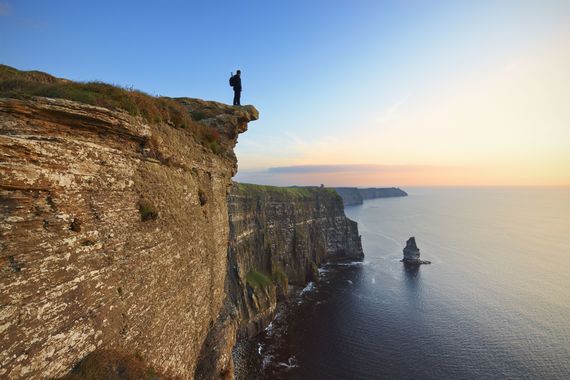 The famous cliffs – beloved by locals, visitors, and especially photographers – consistently rank as one of the most visited sites in Ireland. The wondrous vista ranked third in 2013 – behind the Guinness Storehouse and the Dublin Zoo – and sped ahead to second place in 2014, with just over one million visitors. Anyone who has ever had the chance to stand on the stunning cliff-side certainly knows why.

Related: Cliffs of Moher, The Burren