Celebrating their 34th year, Irish group Cherish the Ladies bring their "Heart of Home" tour to the US this St Patrick's Day. 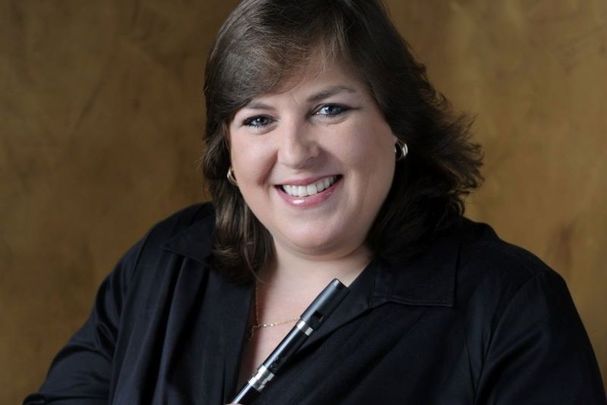 Celebrating their 34th year, Irish group Cherish the Ladies bring their "Heart of the Home" tour to the US this St Patrick's Day.

Grammy-nominated Irish American super-group Cherish The Ladies have just celebrated a milestone anniversary of 34 years together since their first concert on Jan 5, 1985, but there's no stopping them yet.

Throughout February and March 2019, the group will play 22 shows in 16 cities on the "Heart of the Home" tour, taking to the road once more with a remarkable ensemble to celebrate their 34th year.

We caught up with frontwoman Joanie Madden as the group makes its way across the country.

Find more info on the Heart of the Home tour and tickets here.

Is it special to bring Cherish the Ladies on tour during Women’s History Month as well as Irish American Heritage Month?

For me, I consider it such a privilege to get the opportunity to tour period.  It’s just an added bonus to get to celebrate not only being Irish-American but also the fact that as the leader of an all-female band, we get to play at the finest performing arts centers, representing women as Irish-American traditional music, song and dance ensemble.

Tell us a little about the people joining Cherish the Ladies on this tour and what it was like to bring these acts together.

We’re all incredibly close and have been performing for so many years together there is always magic when we join forces together to entertain an audience.

Has there been a favorite part of the tour so far?

Right now I’m talking to you following a performance with the Jacksonville Symphony Orchestra.

I’m proud to say that we’re the most successful Celtic pop show with more than 300 performances to date. To have that orchestra’s wall of sound behind my pennywhistle, it never gets old and it’s always thrilling!

How did the Wild Atlantic Way inspire you on your last album?

I have a house in Miltown Malbay in County Clare so the girls have been spending a lot of time there as well. It’s so beautiful there with the ocean and the scenery and being in those surroundings got our creative juices flowing.

I really feel we were so comfortable in the laid-back recording environment and with the welcoming people of the area that with “Heart of the Home,” our 17th album, it created a backdrop for creativity!

Read more: Irish singer Hozier debuts at number one on Billboard 200 ahead of St. Patrick’s Day

How has Cherish the Ladies changed or evolved in the last 34 years?

We started out as pups! We had no stage performance experience and I was afraid of the microphone.  Over the years, we have really become our own band with our own unique sound, and anyone who has seen us knows I’m no longer afraid of the mic!

We’ve always incorporated the music, singing, and dancing and now after 3000+ concerts all over the world, we know how to put on a great show. Seeing our audience leave happy, smiling, and wowed is what it’s all about!

Has the Irish music scene changed since the time you formed this all-female super-group?

When we first started out we were traveling all over America and performing to a lot of people who hadn’t even heard of Irish music or seen the dancing. With the explosion of Riverdance and Lord of the Dance, it brought a lot of awareness to our culture.

I like to say we were Celtic when Celtic was uncool – but I’d also like to think we paid our part in paving the road along with the Chieftains and the Clancy Brothers and all the other amazing touring bands dedicated to the road who spent a lot of time educating the audience to our culture.

I found out once someone came to an Irish music concert, it wouldn’t be their last! We used to be only able to play parish halls, now we can fill the major performing arts centers anywhere in the world.

What were your feelings on winning the Irish American Writers & Artists Eugene O’Neill Lifetime Achievement Award this year?

It’s always a beautiful thing to be given a slap on the back for doing something you love to do.  I am always so humbled and honored to receive any award, but thrilled to join the ranks of past recipients with this amazing lifetime achievement award and it was a great night with so many friends in the music coming out to support me.

Would you have advice for young female Irish musicians?

You know, my parents discouraged me at first, afraid of the life of a touring musician for me.

Anyone who tells you that being a musician is the life of Reilly has never tried to earn a living as an entertainer.  The road is a hard life and exhausting and you have to work harder than everyone around you at your skills as well as your business acumen to succeed.

But, if you have the talent and you’re willing to put in the work, there’s nothing like doing what you love for a living and I say go for it!

Are you a fan of Cherish the Ladies? Let us know in the comments section, below.

Find more info on the Heart of the Home tour and tickets here.