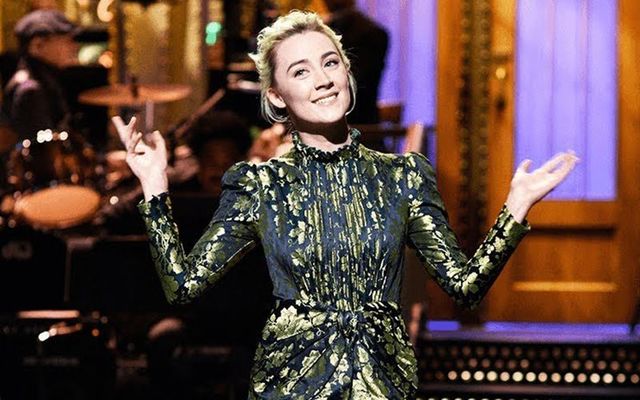 On Saturday night the NBC sketch show, Saturday Night Live, displeased most Irish with their sketch about the Irish airline, now owned by International Airlines Group (IAG). The sketch played up to every Irish stereotype, from a menu of potatoes to being old-fashioned and backward. They even mentioned the airline’s name’s similarity to a sexual act.

The Irish airline’s reaction on Twitter was pretty hilarious, showing another Irish trait – a sense of humor. They tweeted “Just tried watching Saturday Night Live – unwatchable! Totally biased, not funny and the Ronan impersonation just can’t get any worse. Sad.”

Their message was practically a carbon copy of a tweet by President Donald J Trump on December 4, 2016, when he was mightily displeased with Alec Baldwin’s impersonations. He tweeted “Just tried watching Saturday Night Live - unwatchable! Totally biased, not funny and the Baldwin impersonation just can't get any worse. Sad.”

Here’s the sketch in full:

The social media savvy airline didn’t waste time in getting ahead of the Saturday Night Live sketch. They launched a poll on Saturday to see what the public thought of the sketch. Sixty-six percent gave it a thumbs down.

Apparently, we were written into an #SNL sketch last night! 😏 So... what did you think?

The Irish public certainly made their feelings known on Twitter.

Sorry. I know I shouldn't, but I have to tweet this. Even by the woeful standards of #SNL, this is dreadful. No British station would get away with this depiction of the Irish as potato-scoffing eejits. The dire accents? The Arran jumpers? Unbelievable. https://t.co/wXw6ll2rM4

Oh dear @nbcsnl was supposed to be an Irish celebration with @U2 & Saoirse Ronan on last night, but this is one of the worst sketches to date. Not funny, and the accents??? #SNL https://t.co/HeaaPJawCN via @YouTube

Sheesh, someone just sent me that snl aerlingus sketchy, bit of a swing and a miss, we get it, Irish people like dogs and poetry and potatoes and our accents are funny. Classic

And then the public at large weighed in –

Can we all be clear about something because twitter seems to be getting it’s knickers in a twist again...that #SNL sketch last night with Saoirse Ronan on an @AerLingus flight was NOT insulting.

It was just utterly shit.

Sweet lord Jesus. I've just see the SNL @AerLingus sketch. Apart from it being awful, I didn't understand the dog thing. Do we like dogs more than other countries? Is that a thing we're known for?

that aer lingus snl video is a hate crime

It seems that Saoirse’s opening monologue also didn’t go down well with the Irish public.

Did anyone else find that Saoirse Ronan Aer Lingus sketch on #SNL about as funny as a verruca? The opening skit was utterly dire too.

The Irish star, born in New York to Irish parents and raised in County Carlow, seems to hit a bum note from the beginning of the show when she spent a great deal of it making fun of her Irish name.

She said “Yes I am very Irish and I have an extremely Irish name, some would say too Irish.

"You can see why people have a hard time.

"If it was a Wheel of Fortune puzzle, you couldn’t afford it.

"There’s too many vowels, God bless them, no one has been able to pronounce my name, not even close."

Sadly, the public, especially the Irish, were especially excited about the December 2 Saturday Night Live, which also featured Irish rock legends U2, promoting their newest album, Songs of Experience.

What did you make of Saoirse Ronan’s SNL? Was it insulting to the Irish?