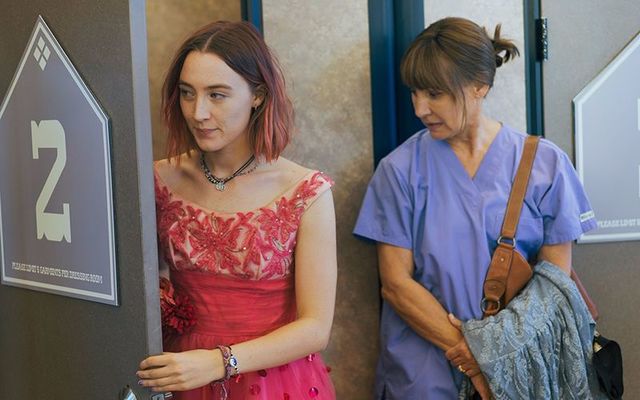 Saoirse Ronan and Laurie Metcalf in Lady Bird A24

Get thee to the cinema if you haven't yet seen Saoirse Ronan in Lady Bird - it just beat Toy Story 2 as the best-reviewed movie ever on Rotten Tomatoes.

Yes, that's right, a woman-led, written, and directed indie movie starring an Irish actress as an American high schooler in Sacramento, California in 2002 just became the top reviewed movie of all time on the film review aggregator.

Saoirse Ronan and Greta Gerwig on the set of Lady Bird. Photo: A24

What exactly does this ranking mean? According to Rotten Tomatoes, it means that 100% of the 170 critics who have reviewed Lady Bird so far have given it a positive review - i.e. not a single rotten tomato (negative review) to date. It also has an overwhelmingly good average critical rating for 8.9/10.

Eighty-seven percent of the 8,619 regular movie-goers who have reviewed it so far have given it positive reviews, too.

The previous record-holder was Toy Story 2, which got 163 positive critical reviews in 1999.

This bodes very well for the Oscar buzz circulating around Ronan. The 23-year-old was nominated for the second time just last year for her leading role in the adaptation of Colm Toibin's Brooklyn.

People are definitely going to need to brush up on how to pronounce Saoirse Ronan's name.

Have you seen Lady Bird? What did you think?