“The worst problem he was dealing with in the former Yugoslavia was the NGOs that didn’t know what they were doing.” 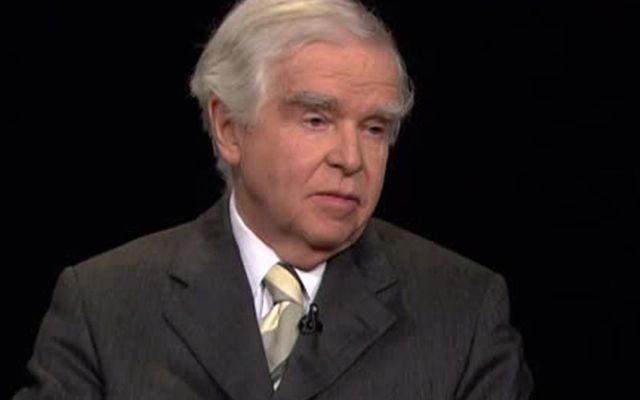 Humanitarians sent to help the most vulnerable people in the world were simply messing up again and again. Often poorly trained and uncoordinated they were meant to be helping but so often they became another problem.

And that was something Dr. Kevin Cahill decided to change. After all, if you needed training to become an attorney, a doctor or a teacher why not a humanitarian too?

The result was the launch of the International Diploma in Humanitarian Assistance (IDHA) after months of careful planning by Dr. Cahill and former British Army officer Larry Hollingworth.

Dr. Cahill, born in the Bronx with roots from Kerry, has spent his career tending to t both the world’s powerful and its most destitute. For many years he was attached to the United Nations and helped countless heads of state and government that passed through its gilded doors understand the concept of medicine and diplomacy as complementary rather than unconnected terms.

Read more: The Irish American doctor who led the fight to tackle AIDS

But it was his work practicing in 65 countries beyond the borders of the United States, many of them war-torn and impoverished, that drove him to throw his weight behind the IDHA.

Launched in Dublin in 1997, so far 3,000 “really remarkable people” have graduated the course from 140 nations and a number of them give an account of their experiences working as humanitarians before and after the course in Dr. Cahill’s new book, “Milestones in Humanity”.

Robert De Niro happens to believe in Cahill's vision and was the commencement speaker at the graduation ceremony in Fordham University this year.

The fact that graduates from the course come from all across the globe is one Dr. Cahill takes evident pride in. Scholarships are available to assist those from developing countries for whom the course fee of $5,500 can seem an eye-watering amount of money.

One such recipient, Naomi Gikonyo, hails from a small town a two-hour drive from Nairobi and praised the course as the “springboard to my international humanitarian career”.

And by all accounts, the IDHA is rigorous and well regarded.

Cynthia Coffman who has graduated from the IDHA in 2016 and has worked as a humanitarian across three continents wrote of the course that it “surpassed my expectations” and that she had “gained an extensive and valuable network of friends and colleagues” going forward in her career.

More nuanced, New York-based graduate Joe Lowry describes IDHA as “life-changing. It’s not a substitute for humanitarian experience, but it’s definitely a complement to it.”

Whilst the course has jumped from location to location over the years it has retained a core format that all graduates would recognize.

“It’s a residential 30 day, highly intensive course that was set up to mimic the crises that I used to deal with in refugee camps,” Dr. Cahill explained to IrishCentral.

“Long 12 hour days, people living cheek by jowl and they cover everything from international humanitarian law to security.”

And the security module is far from an academic exercise: with the assistance from the United States military participants go through a simulated kidnapping.

“On security day the bus would enter West Point [in New York] and then it would be stopped.

“Everyone would be thrown to the ground, hooded, blanks fired over their heads.

“They were then told how to act when taken hostage.”

For four graduates, however, the training exercise was a prelude to real life abductions; one such individual was a Jesuit Priest, Alexis Premkumar SJ, who was kidnapped whilst working at a school in Afghanistan.

“I do believe, however,” he writes, “that the IDHA security training subconsciously helped me cope during that terrible ordeal, and manage the situation with a certain amount of prudence.”

Simulated hostage situations are however not what Dr. Cahill thinks students usually find most challenging. Quite simply it is the fact that as one person they are quite unimportant.

“Individually they don’t matter very much,” is his blunt assessment.

“What matters is how they work as part of a team.

“Sometimes medical people were the most difficult. The training if a surgeon, for instance, is that he has to be in charge of the operating room.

“But in a refugee camp or a conflict zone, everyone has a role.”

Modest though he is, few would deny that Dr. Cahill is not one of those individuals that doesn’t “matter very much”.

In Ireland, his work teaching tropical medicine at the Royal College of Surgeons in Ireland was summed up by President of Ireland Michael D Higgins as a “story of inspiring vision, of great service and a source of pride to the many who shared his achievement.”

The story that began when he studied tropical medicine alongside the Mother Theresa in Calcutta has allowed him to leave his stamp on his field in a way few people in their profession do; as founder and director of the IDHA it is fair to conclude that he changed the way humanitarians are trained and operate for the better.

In light of their work amongst the world’s most needy, are there any greater epitaphs than that?