The teaching material in Ireland asked students to read through a series of "homophobic" statements and discuss whether they agreed with them or not. 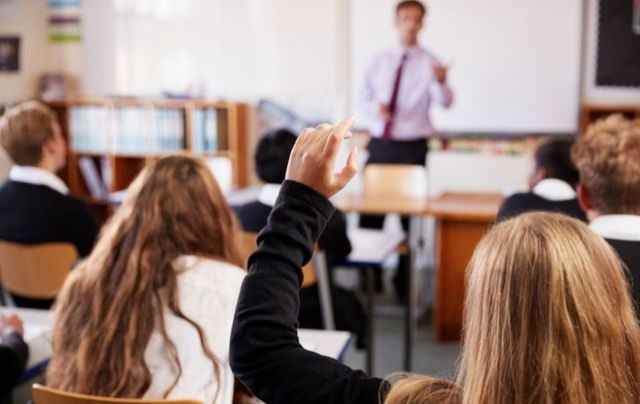 The Irish Department of Education has removed online "homophobic" teaching material that asked teenage students to discuss whether "all gays molest children" and other inflammatory false statements.

The teaching material asked students to read through a series of statements and discuss whether they agreed with them or not.

Included amongst the online booklet were statements such as "all gays are HIV positive", "you can change from being a homosexual", "girls who don't wear makeup are lesbian", and "boys who don't play sports are gay".

The Relationships and Sexual Eduction (RSE) section of the SPHE curriculum was written in the late 1990s.

The National LGBT Federation said that it was "disturbing" that such teaching material was ever considered appropriate.

A spokesperson for the Department of Education told the Irish Times that concerns over the teaching material were raised in April by a school guidance councilor.

The spokesperson said that the Department took steps to remove the material in June but added that the resources were still available through web searches until recently due to a technical issue.

"Following receipt of this communication, in June 2021 steps were taken by the Professional Development Service for Teachers (PDST) to remove the resources from the website SPHE.ie," the spokesperson told the Irish Times.

"However, a technical caching issue meant that instances of the resources were still accessible through web searches after that date. This technical issue has now been resolved."

Pamela O'Leary, a school guidance councilor from Cork who raised the issue with the Department of Education, said on Twitter that she was repeatedly told that some schools still found the resources "useful".

Some samples from the RSE book that was being used in training as recently as April 2021. pic.twitter.com/7gvey3UmId

"I was repeatedly told that despite the highly problematic content some schools still found these resources 'useful'. A useful way of minimizing the ugliness of homophobic and misogynistic elements of Irish society," O'Leary wrote on Twitter.

"Let's have a debate but only use disgusting tropes," she added.

"There were references to menstruation being ‘unclean’ divorce being ‘evil’, girls in short skirts as ‘cheap’ ‘foreigners’ being less trustworthy than Irish boys. Girls who are ‘coy’ when it comes to sex and not one single example of relationship that are other than male/female."

O'Leary also posted several screenshots from the online resource, including statements such as "All lesbians are butch" and "Homosexual people try to make others homosexual".

She called on the Department of Education to "dramatically update" the RSE curriculum to an "objective, inclusive, education program".