Former president Mary McAleese accused the church of homophobia and has claimed that such immoral teachings have only served to "empower the homophobic bully.” 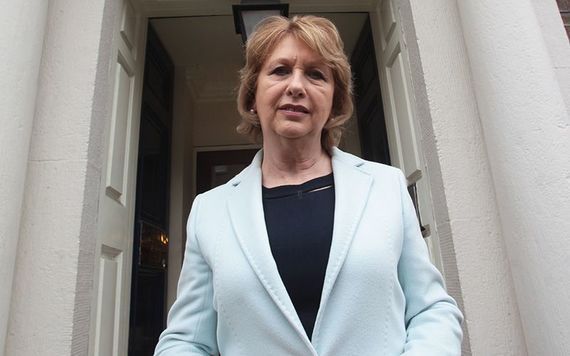 Mary McAleese served as Irish President between 1997 and 2011. Rolling News

FORMER Irish President Mary McAleese has condemned the Catholic Church for what she describes as "intrinsically evil" teachings around homosexuality.

She's accused the church of homophobia and has claimed that such immoral teachings have only served to "empower the homophobic bully.”

The Belfast native, who served as president for two terms between 1997 and 2011, has been consistently vocal in support of LGBT rights, as well as the influence of the Catholic Church in Irish society.

Speaking in a podcast interview last week, McAleese reiterated her concerns over the impact the church has on members of the LGBT community, describing the church's teachings as disorderly and intrinsically evil.

Read more: Former Irish president says people of Ireland “have no right to be racist”

"The church's teaching on homosexuality is ignorant, it is unreconstructive in the life of science, it's sad to say.  It has never been looked at in the light of the new sciences and it’s not only a pity, it's worse than that," she said.

"Look at the language that is used – ‘the homosexuality is disordered.’ Who wants to believe that their God-given nature is disordered? That homosexual acts, how they express their love in a loving relationship, for example…that that is regarded as intrinsically evil. I don’t think so.