Mary McAleese stated Irish people have no right to behave in a racist fashion. 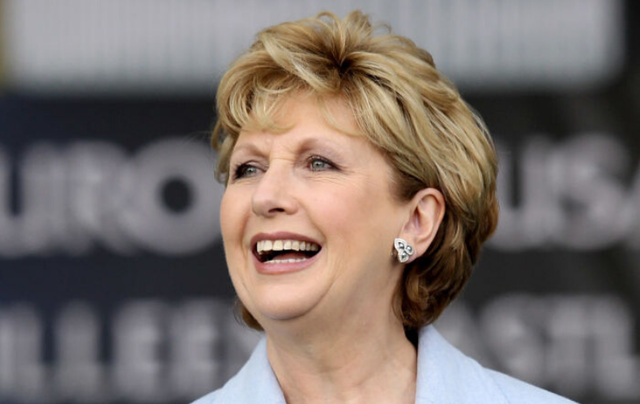 Irish President Mary McAleese looks on during the opening ceremony prior to the 2011 Solheim Cup at Killeen Castle Golf Club on September 22, 2011, in Dunshaughlin, County Meath, Ireland. Ian Walton/Getty Images

Former President of Ireland Mary McAleese said Irish people “have no right to be racist,” especially when remembering the likes of “No Irish Need Apply.”

McAleese was speaking on a panel at the Jonathan Swift Festival along with the Archbishop of Canterbury, the Most Rev Justin Welby, economist David McWilliams and historian, Dr. Ida Miln, expressing concern on the growth of anti-immigrant and racist movements across Europe.

“They find friends very easily now; they can reconfigure and find strength in numbers,” she said of the movement members.

Noting that 17% of the Irish population are now from outside of Ireland, McAleese added, “I think in general we have done a wonderful job in absorbing [them].”

She continued to say that to have complacency about the growing anti-immigrant movements at this time would “not serve us well.”

Representing the Irish government at the festival was Minister for Business, Enterprise and Innovation, Heather Humphreys, who told the Irish Independent: “I think what is important is that we aspire to represent all people and to be an inclusive society. That is what I want to see – respect for all colours, all creeds right across the board and respect diversity in all its forms.”