The podcast series, which is part of "NUI Galway's Tuam Oral History Project", allows survivors of the Tuam institution and their families to tell their own stories. 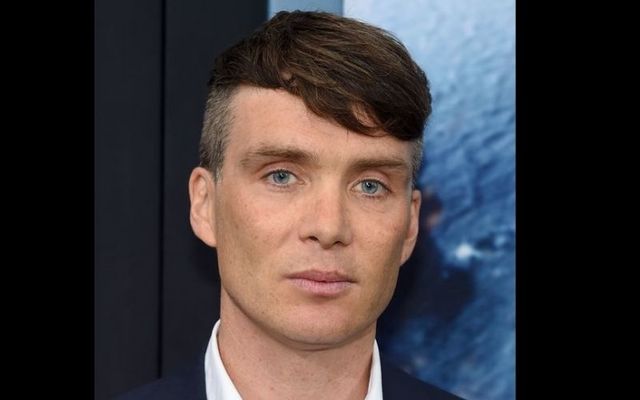 A podcast series, narrated by Irish actor Cillian Murphy, allows survivors of the Tuam institution and their families to tell their own life stories.

The three-part podcast series was released in July 2020 by NUI Galway's Tuam Oral History Project and is still relevant today when it comes to educating ourselves on the atrocities that took place in the Irish Mother and Baby Homes.

The aim of the project is to record and archive the histories and life stories of survivors and their families, as well as the memories of others connected in any way with the institution or with those who spent time there.

Each episode is narrated by Irish actor and patron of the UNESCO Child and Family Research Centre NUI Galway, Cillian Murphy.

Episode 1: Throw Away the Bruised

What was it like to be born in one of Ireland’s infamous Mother & Baby Homes? Survivors of the Tuam Mother & Baby Home, Teresa O’Sullivan, Peter Mulryan and Christine Carroll describe the impact on their childhoods and the stigma and neglect they experienced. Historian Dr Sarah-Anne Buckley outlines the harsh environment that existed in Ireland at the time.

Episode 2: They'll even come after your soul

As adults, survivors of the Tuam Mother & Baby Home, Teresa, Peter and Christine try to find their birth parents. They embark on a search for information, records, and for their biological family. Meanwhile, historian, Catherine Corless outlines her shocking discoveries about the Home.

Episode 3: I love every bone of you

Following shocking discoveries at the site of the Mother & Baby Home in Tuam, a Commission of Investigation is established by the Irish government.  Survivors of the home Christine, Peter, and Teresa describe the rights they are fighting for as adults and their hopes for the future.

The Mother and Baby Homes in Ireland were institutions that mainly housed women who became pregnant outside marriage, which was widely viewed as shameful and socially unacceptable throughout most of the 20th Century in Ireland.

Over a period of eight decades, more than 190,000 women and children were placed in Mother and Baby Institutions and County Homes in Ireland, the most infamous of which was located in Tuam, Co. Galway.

Behind closed doors conditions within these institutions were inhumane and appalling, and in 2014 the horror of Ireland's mother and baby homes came to light after historian Catherine Corless discovered a suspected mass grave on the grounds of the Tuam Mother and Baby Home in Galway.

As a result, the Irish government appointed a Commission of Investigation into the Mother and Baby Homes, which sat between 2015 and 2020, gathering evidence and issuing a number of reports.

NUI Galway's Tuam Oral History Project will take place from 2019-2023, with the release of the podcast episodes being phase one of the project:

Phase 1: Collection and Archiving of Oral Histories, 2019-2020: Collection of oral histories from survivors, families of survivors and members of the wider community in Tuam; conference/seminar participation/organization; academic publication; podcast series and exhibition.

Phase 2: Creative Output and Outreach, 2020-22: Creative output; involvement of youth researchers from the UNESCO Child and Family Research Centre (UCFRC); digitization of the oral histories (and dissemination online of those for which relevant permissions have been given); conference/seminar participation/organization; academic publication.

Phase 3: Finalising Outputs and Further Steps, 2022-23: Archive to be complete and made publicly available; academic and creative publications; documentary.