A Derry Girls book is on the way!

The new book will be written from the viewpoint of character Erin Quinn. 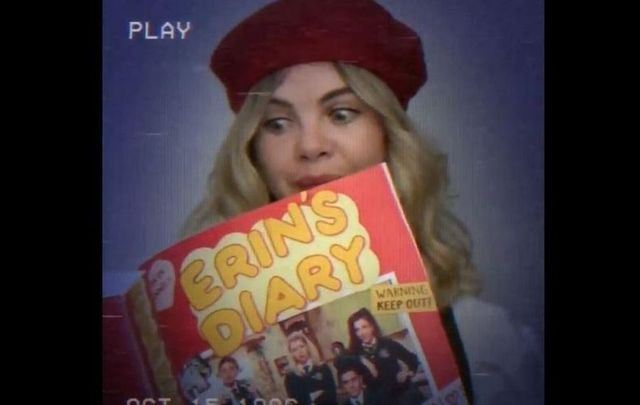 "Erin's Diary," written by Derry Girls creator Lisa McGee, is set to be released this fall

A "Derry Girls" book has been confirmed by the show's creator, writer, and native Derry girl herself Lisa McGee.

The new book, entitled “Erin’s Diary,” is written from the viewpoint of the show's character Erin Quinn and will include newspaper clippings, doodles, poetry, school reports, and handwritten notes from her friends, reports Stylist.

A synopsis for the new book says: “Erin has troubles of her own, like the fact that the boy she’s in love with (actually in LOVE with) doesn’t know she exists. Or that her Ma and Aunt Sarah make her include her weirdo cousin Orla in everything she does. Or that head teacher Sister Michael refuses to acknowledge Erin as a literary genius. Not to mention the fact that her second best friend has ALMOST had sex, whereas Erin’s never even kissed anyone yet.

“These are Erin’s Troubles.”

Saoirse-Monica Jackson, who plays Erin Quinn on the show, introduced the tie-in book in a video:

Erin's diary is out in November, be kind to your self and make sure you hear from, well..... The voice of a generation !!! ?‍♀️ https://t.co/Z0rBU6wdHq

Of "Erin's Diary," writer Lisa McGee said: “I’m thrilled to be able to share our first ever official Derry Girls Book with the world. Erin’s Diary was such a joy to write. I loved spending time with these characters again.“The book will reveal some new information about old events as well as some brand new antics from Erin and the gang – hopefully it will keep fans laughing until series three hits the screen.”

"Erin’s World" will be published by Trapeze on November 12, 2020, in the UK and Ireland.  It can be pre-ordered here.