Brother plays incredible prank hours before the wedding and caught it all on film. 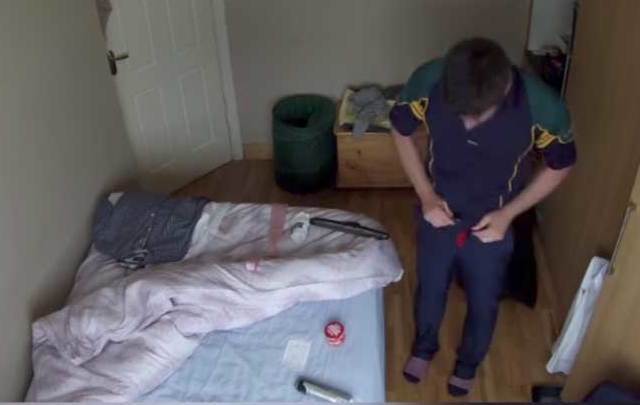 Groom tries on trousers that are two sizes too small in this screenshot of the YouTube video. YouTube/360carbo

A County Kildare man played a hilarious prank on his brother just hours before his wedding.

Colm Carberry, from Co Kildare, hid a video camera in his brother’s room before swapping his groom suit for one two sizes too small. He then filmed his brother struggling to get into the tiny pair of trousers and jacket.

To top it all off, Colm played the video later on at the wedding reception as part of his best man’s speech.

Check out the video below: