Is St. Patrick’s Day still a positive or negative celebration in the US?

Over half of Americans believe that St Patrick’s Day still produces a positive image of Ireland and Irish culture in the US. Getty

Just over half of Americans believe that St Patrick’s Day still produces a positive image of Ireland and Irish culture in the US.

Under 20% felt it created a negative impression while the remainder were not sure so the clear majority like the day.

The information comes from a 2018 survey carried out by Publitics and Lenox Consulting to explores American attitudes about the St. Patrick’s Day holiday and perceptions of the Ireland/U.S. relationship.

In total, some 56% of Americans plan on celebrating Saint Patrick’s Day, a massive 80% of those are planning to wear green on the day. Another 44% will celebrate it by cooking an Irish meal at home and 38% will head to a bar or a restaurant. 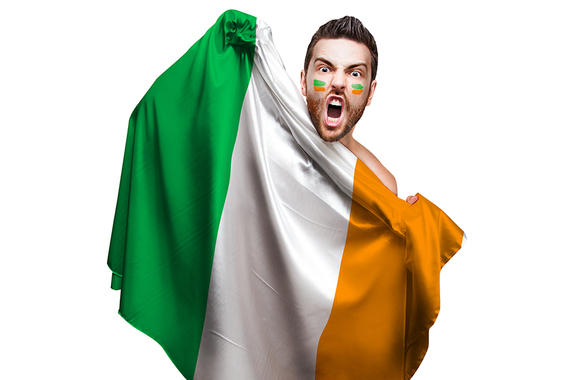 Plenty of people in the US will be donning some green this St Patrick's Day. Image: iStock.

“We saw St. Patrick’s Day as an opportunity to look at the perceptions Americans have about Ireland and the Irish-American relationship and of course, St. Patrick’s Day itself.  It’s clear the bond remains strong,” said Steve Lenox of Lenox Consulting.

“The results of the St. Patrick’s Day survey are very positive,” said Lenox. "It’s encouraging to see that people still celebrate their Irish heritage and that Irish arts and culture have an ongoing impact."

"It’s great that Ireland is seen as a place people want to travel to, as visitors from the United States are extremely important for the island’s tourism,” said EPIC curator Nathan Mannion. EPIC The Irish Emigration Museum in Dublin was also involved with the survey that aimed to take a deeper look at the past, present, and future of Ireland’s special relationship with America.

Plenty of people will be out to celebrate Saint Patrick's Day in the US. Image: iStock.

“Irish immigrants have made a sizable imprint on American history and society, so it’s no surprise that Americans have very positive feelings toward Ireland,” said  Matt Krayton of strategy and communications consultancy, Publitics.

Do you have a positive outlook on Saint Patrick’s Day? Let us know in the comments section below.

Over half of Americans believe that St Patrick’s Day still produces a positive image of Ireland and Irish culture in the US. Getty