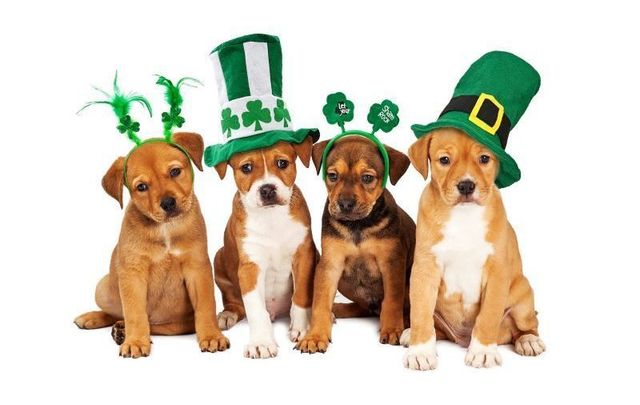 Have you ever seen a green puppy before? Getty Images

Clover the puppy was born with some green in his fur

A rare green puppy was born with the luck of the Irish in Florida just in time for St. Patrick's Day.

Read More: 'Paddy the Puppy' reunited with his owners on St. Patrick’s Day

The green colored pup was one of a six born by Reba, who is currently being fostered by volunteer Kristy Anderson.

The green puppy, who has since been very appropriately named Clover, is in healthy condition.

We have a Green pup!!! 2 weeks ago we rescued Reba from a shelter as she was out of time. A trip to the vet revealed...

Not surprisingly, a green puppy is “unusual,” according to Heidi’s Legacy volunteer Kelly Van Nevel who spoke with The Miami Herald.

It turns out that Clover’s green fur is a result of green-pigmented bile in the mother’s placenta called Biliverdin.

Van Nevel went on to explain that Clover’s green coloring, albeit festive, most likely won’t last. “The condition is not detrimental and eventually grows out."

Anderson, who shared the news with WFLA, said Clover was “an early St. Patrick’s Day gift!”

Clover and her siblings will stay in Anderson’s care until they’re old enough for adoption.