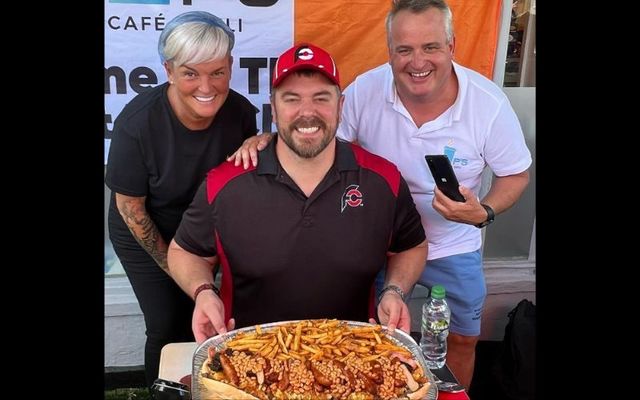 "That's the least confident I've ever been going into a challenge," Santel said in a video posted on Pip's Cafe's Facebook page.

"I didn't believe in myself in the beginning because I wasn't as ready as I wanted to be based on how big that thing was."

He added, "Hopefully now after having the best in the business do the challenge we can attract some more big names to attempt it."

Following Santel, Dublin man Will Morgan had a go. In preparation, he hadn't eaten since 6 pm the previous evening but after just 30 minutes, Morgan was defeated by the mammoth feast.

Pip's Cafe says: "Any losers make a donation (minimum €25) to our selected charity, if any companies would like to put forward a team member we will start with the biggest donations, all going to a local charity to be chosen at the end when someone defeats the roll."