Irish people took to social media to lambast the new flavor, with one Twitter user describing it as the "worst thing to happen to potatoes in Ireland since the Famine". 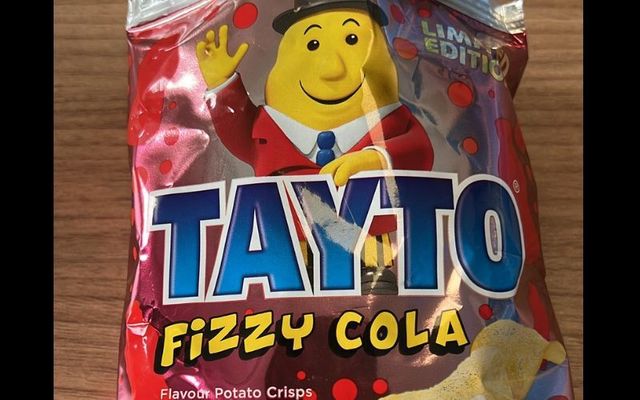 Irish people took to social media to lambast the new flavor, with one Twitter user describing it as the "worst thing to happen to potatoes in Ireland since the Famine".

"I'm not happy about this abomination! No sir, not one bit!! This is worse than the Bacon and Cabbage flavor they launched before!" Another Twitter user said.

A third Twitter user described them as "the single worst thing" they had ever tasted and urged Tayto to "get rid" of them.

These exist and are truly cursed 😂 They smell and taste like they were left in Coca Cola overnight and then dipped in Fizzy sugar, but it’s the weird plastic after taste that’s off putting. Is Mr Tayto ok? pic.twitter.com/O1zQ9yT9mi

Irish clothing company Hairy Baby T-Shirts attributed a delay in shipping to a "serious crime" being committed in their canteen after an employee brought two bags of the crisps to work.

"Investigations are underway to find the person responsible for bringing these in. We apologize for the inconvenience," the company said on Twitter.

We're sorry for the delay in shipping orders today but a serious crime has been committed in the HB Canteen. Investigations are underway to find the person responsible for bringing these in. We apologise for the inconvenience. #taytofizzycola pic.twitter.com/loXdRbOpmu

Tayto has released eye-catching flavors in the past, including limited-edition bacon and cabbage and Irish stew flavors before St. Patrick's Day in 2020. The famous crisp company has also released a limited-edition "cheese and onion" chocolate bar in the past.