Irish paranormal investigators might have photographed a legendary shapeshifter

Can you see the Pooka - or púca- in these photos from Lackeen Castle in Co Tipperary shared by Paranormal Supernatural Investigations Ireland? 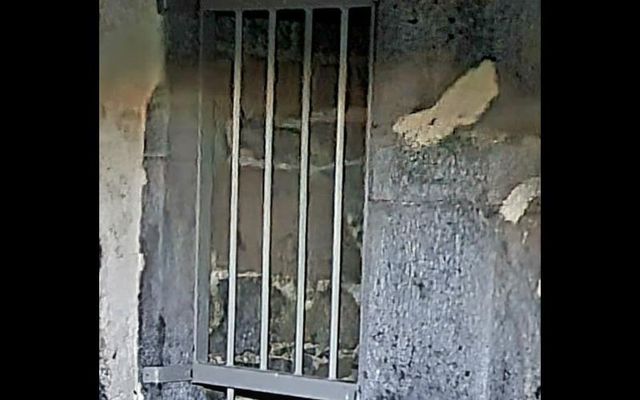 "We investigated here last night, here is the first bit of footage we captured here," the group said when sharing the eerie photos of what appears to show a face peeking out from behind a centuries-old wall at the castle.

Lackeen Castle, in Irish Folklore the Pooka resides here. The shape-shifter. We investigated here last night here is the first bit of footage we captured here. Still lots to go through.

Some of the group's followers attributed the face to the púca, a legendary shapeshifter that can take the form of a horse, dog, rabbit, goat, goblin, or even an old man.

A member of the group replied to one comment saying: "Like all our evidence that we get, we never state on the post first of what we see as we do not want to contaminate people's perception or thoughts.

The group told the Irish Sun that there is a significant amount of "folklore and paranormal activity" connected to Lackeen Castle, with many local legends featuring stories of the púca.

One popular legend begins with a group of hags, who were stealing a dead body near the castle.

A member of the O'Kennedy family who lived in the castle caught them in the act and confronted them, only for the púca to appear and defend the hags.

However, O'Kennedy captured the creature and took it back to the castle, where his servants begged him to release it lest the castle be haunted by a terrible curse.

"After promising to never hurt any member of the O’Kennedy family, the púca was released," the group explained.

However, the creature can still reportedly be seen roaming the grounds of Lackeen Castle.

"We as a group believe folklore and history play a massive part in our research before we investigate places like Lackeen Castle," the group said.