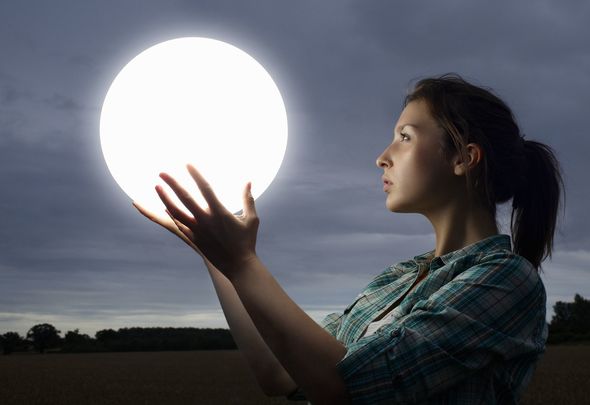 What predictions does the Old Moore’s Almanac have for 2022? Getty

Back in 2020, Old Moore's Almanac predicted that Trump would not serve a second term and low and behold the famous annual of predictions was correct. Let's check out what it has in store for 2022!

The Old Moore’s Almanac is the first and original, and Irish, with some editions over 200 years old still sitting in the Long Room Library in Trinity, next to the Bibles!

Old Moore’s Almanac is 258 years old and has been a stocking-filler
since its inception. It is most famous for its predictions of future
events – both Irish and global. These predictions have been getting
great domestic and international news coverage for their accuracy.

So what predictions does the Old Moore’s Almanac have for 2022?

- A female Taoiseach [Irish government leader] is on the cards for Ireland within the next 3 years. She’s gearing up, and getting her alliances in order.

- Ireland gets a landslide, a giant wave, and an earthquake, a heatwave, a
drought, and a huge dump of snow.

- Terrorism returns to the European region

- Shortages of items cause panic and hoarding.

- The EU economy thrives, as does Britain’s, despite the Brexit.

- Kamala Harris gears up to take the reins of the USA, but she will find
herself besieged. Her political enemies will be serious.

- Trump will make noises about running again, but it will be conditional
on a fair election system.

- The economy in China is on the brink.

- A tourist spaceship has an incident which makes world news.

- Harry and Meghan are in for some marriage peril. Harry wants to return
to tradition and Meghan wants to embrace American values. It will be
rocky roads all the way.

- Weird pets like obscure fox breeds will be in fashion. This will end up
as a huge debate as celebs get crazy pets.

- Rebel Wilson will be pregnant.

- There will be a second pandemic, unrelated to the first.

- Covid passports are a way of life. Those who don’t want to have the
vaccine will form their own communities and start whole new towns based
on their values.

- Robotics takes a lot of blue-collar work but add on white-collar work.
This causes a big shift in society.

- Men lose interest in university courses and go for trades where they
can get higher wages.

- Malls will start to reinvent themselves as more people shop online.
They will be more places of leisure and entertainment ie places like
Dunnes Stores will have a trampoline park in the middle for kids.

- Shaking hands and kissing will end as a greeting tradition, never to
return.

- Vaccine safety and big pharma scandals will continue well into 2022.

- Births stop outnumbering deaths in many places in the world.

- Marriage is on the wane everywhere in the world, with weddings being
seen as quaint historical re-enactments.

- Human augmentation starts – we merge ourselves with technology to the
point that it becomes part of our biology.

- Settlement on Mars becomes an absolute reality, and planning starts.
Get ready for the docudramas to start around this theme.

-Big data analytics are where the most lucrative careers will be.