The most popular toys for Irish kids in the 1990s

The 1990s was a golden age with so many brilliant toys to enjoy. So, from our collective memories, here are ten toys we'll always love from years gone by. 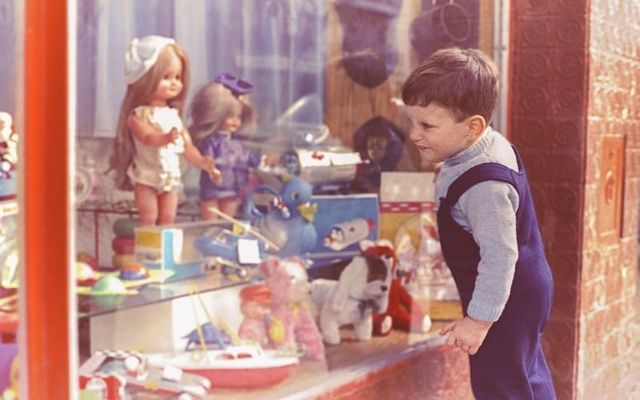 The most beloved 1990s toys Getty

Let's face it, they don't make toys like they used to.

The 1990s was a golden age with so many brilliant toys to enjoy. So, from our collective memories, here are ten toys we'll always love days gone by.

Bop It bopped its way onto the scene in 1996, with the simple idea that kids have buckets of energy and they need ways to use it all up. This solid plastic stick would shout instructions at you to 'bop it' (punch the toy), 'pull it' (try to pull the end off) or 'twist it' (er, twist it). We think this toy generated more tears from elbowed and accidentally-smacked siblings than any other toy ever invented.

2. Everything the Power Rangers ever had

Mighty Morphin' Power Rangers assaulted popular culture in 1993, becoming a worldwide phenomenon with its epic tale of teenagers who had secret magic ninja powers, all told through badly-dubbed Japanese sentai footage. And there were toys – mainly megazords.

The megazord was a set of five individual toys (zords) that all joined together to make one much bigger, much cooler toy. So once you owned one, you had to buy all the others too. And at that point, you kind of had a collection, so you bought the Dragonzord add-on and the Dragon dagger, and... It kind of became a problem.

My little sister owned one, which in the middle of the night would wake up and screech its haunting sing-song melody of vaguely human-like speech and scare the daylights out of everyone in the house. These things never stopped. Many a Furby suffered an unexpected 'accident' at the hands of siblings and parents.

The Turtles (called the Teenage Mutant Hero Turtles in Ireland, because Ninja Turtles were too violent) were big in the 90s. Really big.

They had a TV show, live-action movies, a rapping musical, and toys. Hundreds of toys. We can't really pick one here because there were so many, and everyone had their favorite. My own personal cherished memory was of the Pizza Thrower. No, it makes no sense why pizza would defeat armored soldiers.

Stretch Armstrong stretched. That was his thing, and he's been doing it since the 1970s when he first appeared.

For a toy that's basically a rubber bag filled with corn syrup, that's pretty impressive and for some reason, pulverizing a little man-shaped doll and stretching him to breaking point never got old.

Sometimes it's hard to remember that video games only really took off on home consoles in the 1990s. So when Nintendo released the Game Boy in 1989 people were a little bit blown away.

Eight years later, they updated to the Game Boy Color, which was almost like carrying around a Super Nintendo. But the real stars of this system were the games – from Tetris to Zelda, to Links Awakening and, eventually, the game that started Pokémon, this little thing gave more hours of enjoyment than almost anything else.

The original grey bricks were indestructible, too – I've still got mine in the attic.

Mr. Frosty, he's such fun, / he makes drinks for everyone! went the advertising jingle. This was one of those classic late 80s ads that were still running in Ireland in the early 90s.

It utterly convinced children that making crushed ice drinks at home was going to be super cool! Except that you needed your dad to help turn the grating thing, which couldn't be, you know, sharp or anything because of safety. But it didn't matter because you made them yourself..

Small, easy to lose, and not the most thrilling of toys, Polly Pockets were huge in the 90s for some reason. Having a Polly Pocket was very important for social status though because even though she was tiny, what she wore was very 'trendy', thus making her owner the envy of her friends – that is, if you squinted hard enough to see the details.

This thing was sold by Home Alone 2. Completely. In fact, it wasn't even a toy when the movie was made – everyone wanted one so much that they actually turned the prop for the movie (which didn't work) into a real toy.

Every boy needed one, mesmerized as we were by visions of manipulating grown-ups to our every whim with its magical voice-changing abilities. Of course, that never, ever worked, but they were simpler times when changing your voice to sound deeper was enough entertainment for hours a day.

Beanie Babies were squarely marketed at girls, and, like the Power Rangers, the marketing was all based around collecting them.

They all came with their own names, and creating a beanie baby community was an important status symbol back in the day. The upshot of this was that 90s girls arrived into their teenage years with piles upon piles of animal-shaped bean bags.

What happened to them all?