Justin Trudeau, The Rock, and of course, the Kennedy family feature heavily in the life of the next generation of the Kennedy dynasty, Jack Schlossberg. 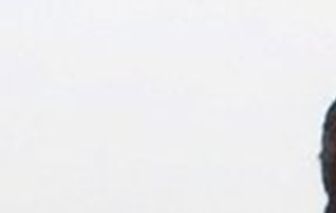 Justin Trudeau, The Rock, and of course, the Kennedy family feature heavily in the life of the next generation of the Kennedy dynasty, Jack Schlossberg. jackuno/Instagram

Named by Vanity Fair earlier this month as one of the best dressed men in the world, JFK’s grandson Jack Schlossberg has earned himself plenty of attention online and of course, his Instagram feed has become the main target for fashion-hungry fans and those wanting to find out more about the life of the youngest of JFK’s grandchildren.

Since Jack Schlossberg’s first TV interview with his mother Caroline Kennedy earlier this year, as well as that time he turned heads as he accompanied her to the Met Gala, the Yale graduate’s public profile appears to be rising and he has already drawn a ton of comparisons to his handsome uncle John F. Kennedy Jnr. His Instagram feed shows exactly why!

How can I help you?

For the most part, however, the youngest son of Caroline Kennedy and Edwin Schlossberg, makes use of the social media site to pay homage to his three greatest loves: Justin Trudeau, The Rock, and his family.

Schlossberg certainly seems to have an intense interest in the Canadian leader:

Boss if by land boss if by sea. What a boss.

But Trudeau still plays second fiddle to The Rock, of whom Schlossberg, who entered Harvard Law School this Fall, is such a massive fan that he even received his own personalized message:

Greatest day of my life. Thank you @therock for all that you do for your fans.

It’s his family - mother Caroline, father Edwin, and his two sisters Tatiana and Rose - that truly have his heart, however, and it seems that this faction of the Kennedy clan anyway is still as close as ever.

Love our packs, love each other to pieces @roryflynnboyle

Guys your love is my drug

The 24-year-old’s height also makes for some comic posts as he shows us what life is like for those over 6 foot.

The 35th President’s only grandson has a more serious side, however, and while he doesn’t delve into politics too much on his Instagram feed, he does like to keep us updated on some of the things happening in the professional side of his life.

I interviewed President Obama? Check it out! Link in bio lol

On Saturday, I paddled around manhattan! And I wrote about it for New York Magazine! Link in bio lol!!

Schlossberg can also be spotted proudly showing off his Irish roots by wearing a shamrock-emblazoned t-shirt below as he lip-syncs to the music of another American with Irish roots, Elvis Presley.

We may also be looking way too much into the finer details of all of his posts but is that also a shamrock on the back of his phone case?

Could Jack Schlossberg be the new face of the Kennedys? Let us know what you think in the comments section, below.