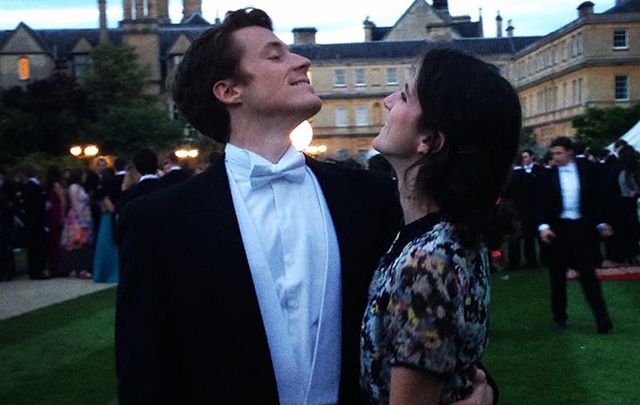 A look inside the latest Kennedy family wedding as Tatiana Schlossberg, the second oldest grandchild of JFK and Jackie Kennedy, gets hitched

The first wedding photos have emerged of the latest Kennedy family wedding, as JFK and Jackie Kennedy’s granddaughter Tatiana Schlossberg ties the knot. In a low-key ceremony held at their family home on Martha’s Vineyard, 27-year-old Schlossberg married fellow Yale graduate George Moran last Saturday almost 64 years to the day that her Kennedy grandparents themselves married.

The new couple looks stunning as they joke with the camera in new photos published by the John F. Kennedy Library and Museum, as Schlossberg became the very first of Kennedy’s grandchild to get married.  “Congratulations to President Kennedy’s granddaughter, Tatiana Schlossberg, and George Moran who were married over the weekend,” the Library wrote.

Schlossberg is the middle child of JFK’s only living child Caroline Kennedy, who served three years as US ambassador to Japan until January 2017, and Edwin Schlossberg, the founder of ESI Design, an interactive design firm in New York.

The bride has stayed out of the public eye for most of her life, covering climate change and the environment for the New York Times until she left the newspaper earlier this year. One of her latest pieces focused on President Donald Trump‘s rollbacks on environmental rules and regulations for businesses.

JFK and Jackie on their wedding day which took place 64 years ago today.

Read more: Unseen photos of JFK and Jackie Kennedy “wedding of the century”

She married 28-year-old Moran, a fourth-year medical student in Columbia, on September 9, just three days before her grandparents 64th wedding anniversary, which falls today. The former President and First Lady’s wedding was a lavish ceremony described by some as the wedding of the century, in contrast to the smaller private family affair held by Schlossberg.