Two priests from Ireland positively rocked this Journey rendition at a Lip Sync Battle for charity. 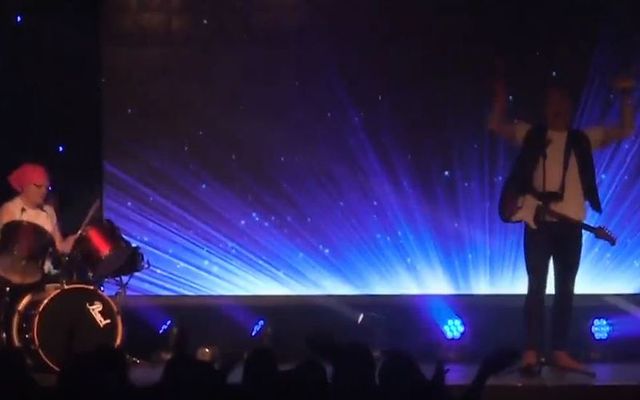 Believe it or not these are priests! Lip Sync Battle Ireland

Are they priests or rockstars? We can't really tell! Two Irish priests went viral after giving it their all in a rocking rendition of Journey's classic Don't Stop Believing for Lip Sync Battle Ireland.

Father Kevin Fay and Father Kevin O'Donoghue, both from County Cavan, donned muscle tees, bandanas, and skinny jeans as they took to the stage for the charity event - a fundraiser for Bailieboro Shamrocks GAA.

According to the Facebook page, they were the sure favorites of the night.

Fr. Kevin Says "Don't stop Believing" Due to popular demand here is one of the fans favourites from Bailieborough LipSync Battles Ireland last weekend. The lord himself would've been proud of this performance :) #FrKevin Dance with Lesley Bailieboro Shamrocks Gaa