Fr. Ray Kelly went massively viral in 2014 when he surprised a bride and groom by singing Leonard Cohen's Hallelujah during their ceremony. Now the 'Hallelujah Priest' is embarking on a US tour. 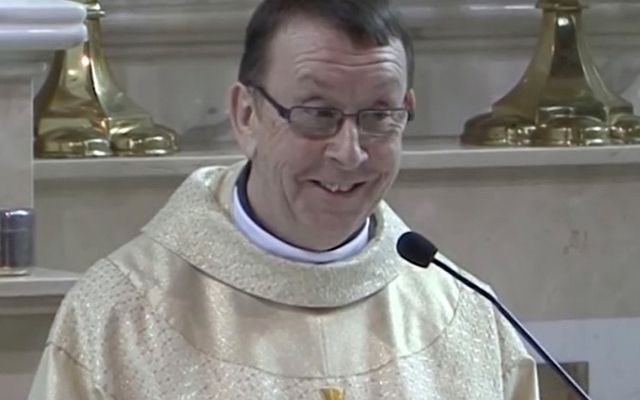 Irish singing priest Fr Ray Kelly has put his parish duties on hold to embark on his first US tour.

The devoted churchman became an internet sensation over three years ago when a video of him singing his version of the Leonard Cohen classic 'Hallelujah' at an Irish couple's wedding went viral.

The clip, which has now had almost 57 million hits, has helped him build a large fan base - particularly in Poland, Germany and the US.

And tomorrow the big-voiced clergyman performs in Toledo, Ohio for what will be the first of nine US gigs, running up to mid-September.

The 64-year-old said:  "I'm really looking forward to playing.  It will be my first US tour, as such, and with the July dates and the September ones it will be the busiest I've been since the video of 'Hallelujah' came out."

Fr. Kelly said he's had no problem combining the demands of his parish duties with his musical career.

He not only received the blessing of his bishop, but soon after he found fame, arrangements were put in place by Universal Music to allow him to record material in a studio purpose-built for him in his parochial house.

And Fr. Kelly said his enduring popularity as a performer has helped attract tourists to Oldcastle.

He said:  "Even now we still get the occasional visitors from the US, where a lot of my fanbase is based.  So I think I've been good for tourism in Oldcastle."

Fr. Kelly also said he hopes to tour Germany in the future, the country where he is most popular.

The cleric, who even has a dedicated Facebook page in German, became an overnight sensation there through his 'Hallelujah' video.

In the weeks following his sudden rise to fame, he was even invited out to Germany to re-enact his life-changing internet moment in front of millions of TV viewers on a prime-time show.

And, as he prepares to perform to his army of US fans, he said he's delighted he's been able to combine his priestly duties with his burgeoning singing career.

He added:  "My life is really busy, but I'm happy with the way things have worked out and feel very confident that both the parish work and the music career can both continue.  Things just take a bit more planning now.

"And I certainly don't feel nervous ahead of the tour.  "I suppose I am well used to performing in front of lots of people from saying Mass all these years, so that experience has certainly helped me."