Would you think that seven men wearing dog collars out for a drink were priests or heading to a bachelor party? 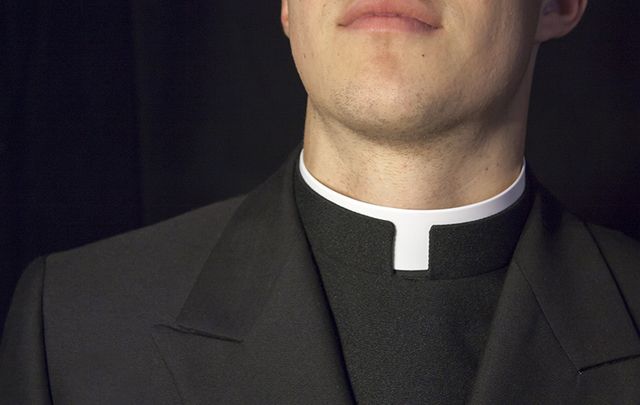 A bar in Cardiff mistook seven Catholic priests for a stag party. iStock

Would you think that seven men wearing dog collars out for a drink were priests or heading to a bachelor party?

A group of seven trainee priests were denied entry into a bar in Cardiff, Wales after they were mistaken for a bachelor party.

The seminarians were all wearing black cassocks and dog collars but staff at the City Arms thought they were up to no good and barred them from entering.

Fr Michael Doyle told the Irish News the group were out to celebrate that two of the group had been ordained in a single week.

"The doorman basically said something along the lines of, 'sorry gents, we have a policy of no fancy dress and no stag dos’"(a British term for a bachelor party).

The group was about to turn around when a bar manager intervened.

The priests were then invited in, a free round of drinks on the house was ordered and the bar’s other patrons applauded.

"Reverend Rob James decided to buy the barman a drink and, of course, one of the Brains beers in Wales is the Reverend James, so the Reverend Robert James bought a Rev James for the barman," Fr Doyle revealed.

Matt Morgan, the manager of the City Arms, said, “At first one of our staff members thought the group were a stag party in fancy dress and suggested they might want to try another pub, as we generally have a quieter crowd of drinkers than others nearby.

"When we realized our mistake we quickly apologized to the priests and thankfully they were all great sports and saw the funny side of the situation.

"It's not every day you have a group of priests drinking in the pub and they would be welcome back any time."

And it’s not even the first time people have mistaken the priests for lads dressed up for bachelor party - the same thing had happened the previous weekend!

Cardiff’s Archbishop Stack - a regular at the City Arms - said, "It is wonderful to hear that the seminarians were celebrating their own path to priesthood by having a good time in Cardiff, which of course they are allowed to have.

"The diocese is celebrating the ordination of two seminarians in a week despite rumors about the shortage of men presenting themselves for priesthood.

"I would like to add that the Rev Robert James does not have any shares in the brand of beer which shares his name."