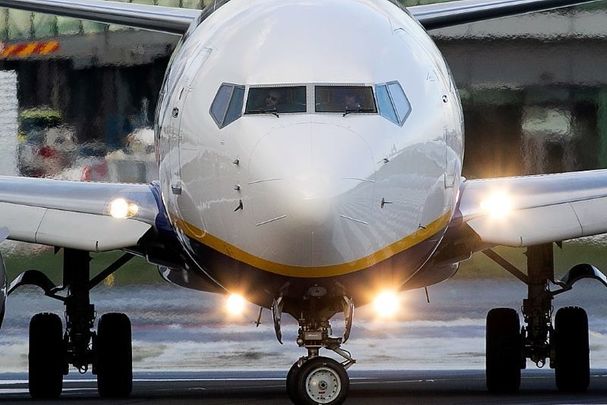 DublinAviation shared a video to YouTube showing what should've been a fairly direct route for an Aer Lingus flight departing JFK turn into a dizzying detour. RollingNews

The Irish are no strangers to navigating in the rain, and that’s no different for one Aer Lingus pilot who was attempting to fly out of New York City's JFK Airport on July 22, 2018.

DublinAviation shared a video to YouTube showing what should've been a fairly direct route for an Aer Lingus flight departing JFK turn into a dizzying detour.

Shortly after takeoff, an Aer Lingus pilot requested to detour slightly in hopes of avoiding a nasty patch of bad weather. The air traffic controller in NYC agreed there was spotty weather ahead, but that it was in the lightest categorization of weather hazards and shouldn't pose any risk. Still, the pilot disagreed.

What followed was a back and forth between an increasingly frustrated air traffic controller and pilot. The Dublin-bound flight was placed in a holding pattern above Coney Island before being redirected back into a queue behind several other flights.

“Before I go...” the pilot said, “We didn’t create any situation, we flew the aircraft in a safe manner, and my boss will be in contact with your boss.”

“Everybody on the airport is turning left,” the air traffic controller responded. “I mean, there’s not too many options here in New York.”

Who do you think was right - the pilot or the air traffic controller? Share your thoughts on Facebook or in the comments!