WATCH: Michael Flatley who? 63-year-old shows off the "fastest reel in the west" 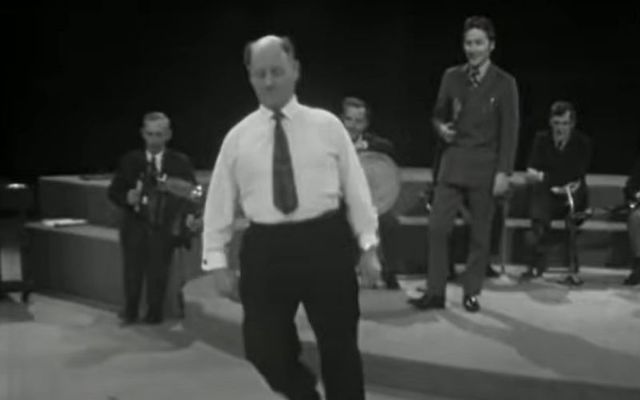 John Conneely proved age is just a number when he showed off what was described as "the fastest reel in the west" during a 1972 episode of The Late Late Show in Ireland.

Thirty-six years earlier, John suffered a tragic accident that saw him falling from a building site in England and breaking his back.

The years that followed saw him bed-bound “from the chin to the two ankles”, but in a lovely twist of fate, he met his wife during these intervening years.

“Then you turned around and did the smart thing and married your nurse,” remarked Byrne.

Conneely is then invited on to The Late Late Show stage to perform a reel of his own unique style to the music of ‘George White’s Favourite’ performed by John Cleary.

As the music starts, little does the audience know what they are about to witness.

John begins flying around the room, tapping and moving his legs in time to the speedy music.

Like any good Irish dancer, the top half of his body is unmoving yet his legs are dancing in what audience member Ciaran MacMathuna described as “the fastest reel in the west."

Conneely, of course, receives a massive round of applause from the audience after his performance and it looks like he hasn’t broken a sweat.

Michael Flately, eat your heart out!

Check out the amazing video from 1972 here: